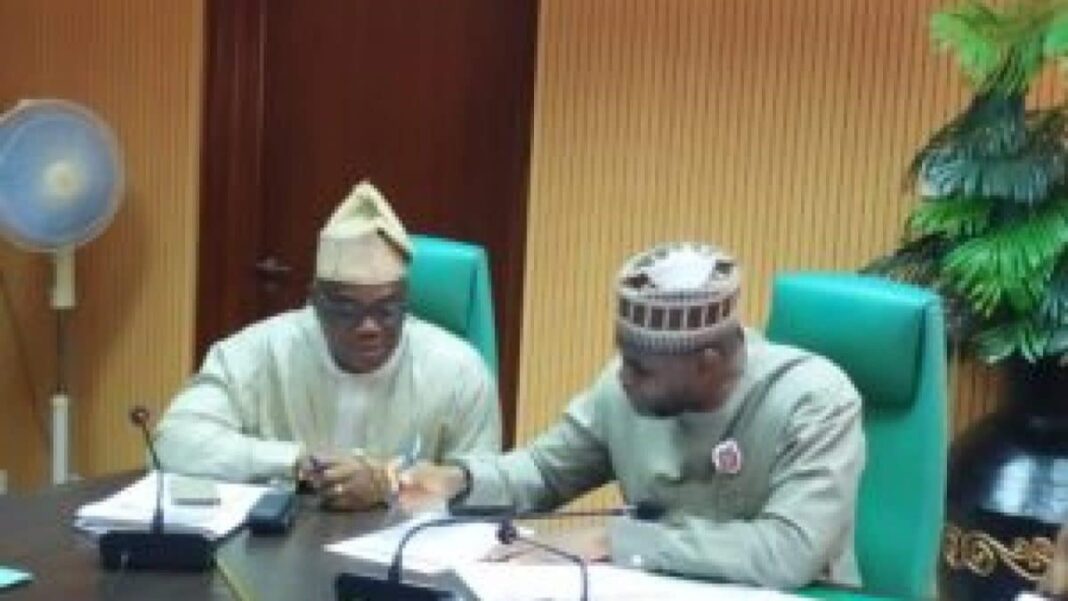 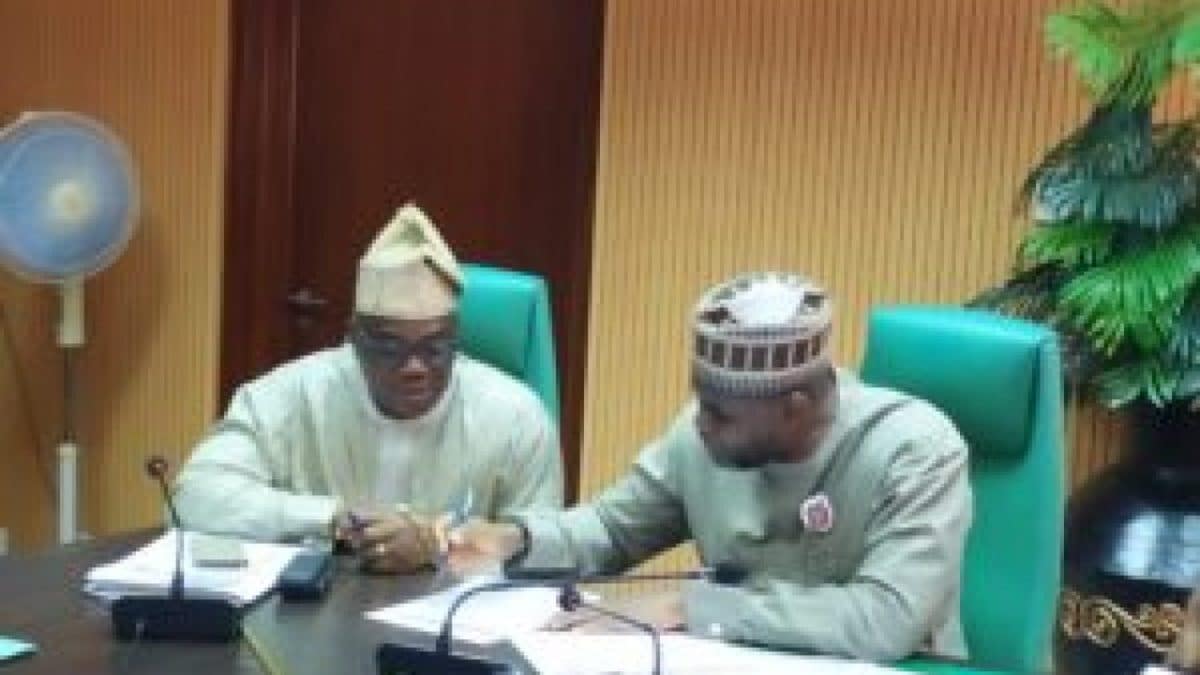 Nigeria news : Nigerian govt signs agreement with AU
The Federal Government, on Tuesday in Abuja signed an agreement with the African Union Sports Council (AUSC) to host its Region 2 headquarters in Abuja, reiterating Nigeria’s commitments to sports development in the region.

The News Agency of Nigeria (NAN) reports that AU sports council was created as a result of the recent reform to replace the former Supreme Council for Sports in Africa.

It was in five regions and Nigeria was nominated to host the headquarters of the West Africa’s Region 2, which would be located at the Moshood Abiola Stadium (National Stadium), Abuja.

Signing the agreement on behalf of the Nigerian Government, Amb. Mustapha Sulaiman, Permanent Secretary, Ministry of Foreign Affairs said that it was a privilege for Nigeria to host such a significant and important body.

Sulaiman pledged the commitments of the Nigerian government in driving the goals for the establishment of the body, stating that it confers Nigeria with huge responsibilities, which he was optimistic would be achieved.

“It is a special privilege for me to be a part of the signing of this agreement between the African Union Sports Council, Region 2 and the government of the Federal Republic of Nigeria.

“The Federal government is committed to providing a befitting premises to host he headquarters of the AU Sports Council and It is going to be hosted in the National stadium.

“I believe that the Ministry of Youths and Sports is capable of hosting this secretariat and ensure that there would be no regret in siting this regional headquarters in Abuja” Sulaiman said.

Sulaiman urged the Ministry of Sport to give all that is due to the secretariat and discharge its duties accordingly to ensure all benefits accrued Nigeria was gotten.

In his response, Mr Olusade Adesola, Permanent Secretary, Ministry of Youths and Sports Development said that the signing of the headquarters agreement translates into greater sporting ties and regional unity and integration.

Adesola said that the agreement seals the bond between the AUSC Region 2 comprising the fifteen West African countries and the Nigeria and would increase sporting activities, training and competitions in the country.

He explained that this would further boost commerce and socio-economic activities in Nigeria.

Adesola said that the decentralisation of various sports organs across the continent was a great decision that would have the needed impact of sports in Africa.

The Permanent Secretary called for the support of the Ministry of Foreign Affairs through the various services, such as diplomatic immunities and privileges to officials of the Council as stipulated in the agreement.

“The dissolution of the Supreme Council for Sports in Africa, which had seven zones brought the emergence of the African Union Sports Council with five regions

“Nigeria secured the hosting rights of the AUSC Region 2 during the strategic Planning Workshop held in Abuja in December 2015, where the delegates from the 15 West African Countries unanimously voted Nigeria.

“As host of the Regional Secretariat in Abuja that is also the host of ECOWAS for effective synergy.

“It is indeed a historic occasion and legacy not only for Nigeria and West Africa but the entire Continent,” Adesola said.

Adesola said that one of the benefits Nigeria has gotten from its hosting right was to produce the pioneer regional Manager of the Council, Mr Caleb Gidado, who has a wealth of experience in the sports sector.

In his response, Gidado said it was a great honor to be the pioneer Manager of such important organisation, pledging to use his expertise to the advancement of sports development not just In Nigeria but in the region.

Gidado said that the location of the ASUC in Nigeria was strategic and it would give the younger ones the opportunity to participate in sporting activities, which would contribute to their personal development.

He pointed out that so many people have become international stars through sports.