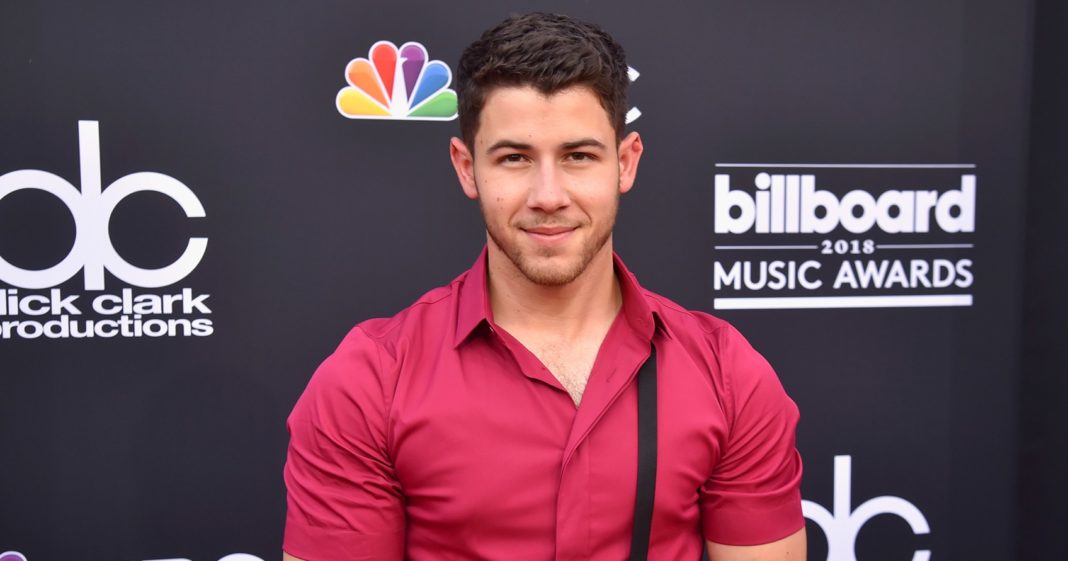 Nick Jonas knows he’s a lucky man! The “Chains” crooner took to Instagram to gush over his fiancée Priyanka Chopra in a hilarious way ahead of their December wedding.

Nick Jonas and Priyanka Chopra: A Timeline of Their Relationship

“I am fully insta stalking you ….” Jonas, 26, commented on a series of pictures that the Quantico alum, 36, posted of herself in a short, white dress from her bachelorette party. “You are so beautiful.”

Jonas — who popped the question to his bride-to-be in July after just two months of dating — hasn’t shied away from sharing his adoration for Chopra since they announced their happy news.

The pair celebrated their engagement with a traditional Roka ceremony in India three weeks after Us Weekly confirmed the two were headed for marriage.

“Future Mrs. Jonas,” the Jumanji: Welcome to the Jungle actor wrote alongside an intimate photo of him and his love from the celebration that shows off her stunning engagement ring while she rests her hand on his chest. “My heart. My love.”

Jonas announced five of his groomsmen in an Instagram post on Friday, November 9, and showed off custom Lime scooters that he’ll gift to them. His three brothers — Kevin Jonas, Joe Jonas and Frankie Jonas — will stand by his side while he weds Chopra next month.

The actor’s Kingdom costar Jonathan Tucker and Chopra’s brother, Siddharth Chopra, will also be in the wedding party. A source previously confirmed to Us Weekly that the former Disney star will have 11 total groomsmen.

An insider revealed to Us Weekly in October that the pair will wed in the former Bollywood star’s native India in December. The two “really want to blend wedding traditions from both of their cultures that are important to them,” a second source noted. “Priyanka is having a really good time planning the wedding because it’s a mix of Indian and American styles and customs, which she knows so much about.”