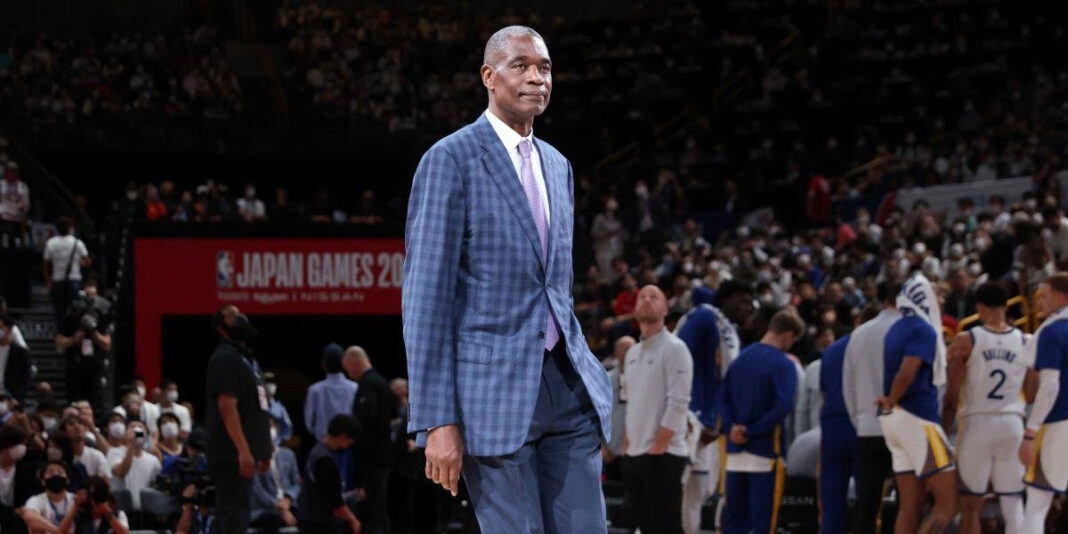 NBA Hall of Fame Dikembe Mutombo has been diagnosed with a brain tumor.

The NBA made the announcement in a statement on Saturday, October 15. They also disclosed that the 56-year-old has started receiving treatment in Atlanta.

“NBA Global Ambassador and Basketball Hall of Famer Dikembe Mutombo is currently undergoing treatment for a brain tumor. He is receiving the best care possible from a collaborative team of specialists in Atlanta and is in great spirits as he begins treatment. Dikembe and his family ask for privacy during this time so they can focus on his care. They are grateful for your prayers and good wishes,” the league said.

Also read: Awww….Davido And Chioma Share A Kiss At A Club In London (Video)

Mutombo was one of the most prolific defenders in the history of the NBA. He spent 18 seasons in the NBA, playing for Denver, Atlanta, Houston, Philadelphia, New York and the then-New Jersey Nets. The seven-foot-two out of Georgetown was an eight-time all-star, four-time defensive player of the year, three-time All-NBA selection, and went into the Hall of Fame in 2015.

Mutombo last played during the 2008-09 season and has worked extensively for charitable and humanitarian causes since. Blinken lauded him when the pair were together in the Congo, telling Mutombo “you’ve done so much to bring the world together.”

He was known for his iconic finger wave after blocked shots. During his career he racked up 3,289 blocks, second only to Hakeem Olajuwon.

He was selected to the All-Star Game eight times and named Defensive Player of the Year four times. He also earned three All-NBA selections.

Mutombo retired after the 2008-09 season and was inducted into the Naismith Memorial Basketball Hall of Fame in 2015.