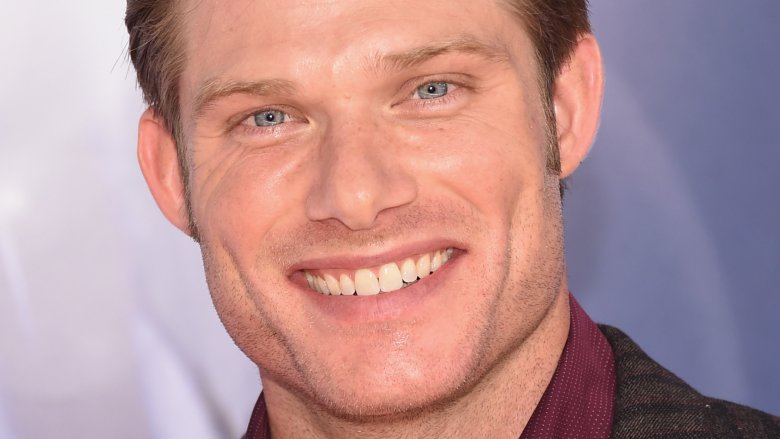 Congratulations are in order for Chris Carmack and his musician bride, Erin Slaver!

On Saturday, Oct. 20, 2018, Carmack, who’s made a name for himself in shows like Nashville and Grey’s Anatomy, announced the good news on his Instagram account. He posted two photos of himself with Slaver, both dressed to the nines for their wedding and standing on a lakeside dock. “First look on the big day!” he wrote in both posts’ captions.

On her own Instagram page, Slaver shared a picture of her gorgeous wedding dress hanging in a dark room, writing, “Morning after…. night to remember.”

Sam Palladio, who stars on Nashville with Carmack, also gave an inside look at Carmack and Slaver’s wedding, posting a few shots from the fun day. In the caption, he penned, “2 of my favourite people in the world got married this weekend and it was the most best weekend ever.” He added, “Love you @realcarmack and @erinslaver.”

Us Weekly noted that Palladio brought his girlfriend, singer and The Voice season 3 winner Cassadee Pope, as his date to the wedding.

According to People magazine, Carmack and Slaver first met on the set of Nashville. Slaver played the violin in a band with Palladio, who portrayed Gunnar, and also played a backup singer for Hayden Panettiere’s character. While they were only friendly at first, Carmack and Slaver started dating a year later.

The couple got engaged in March 2016. “I proposed on a rooftop at a hotel in New York,” Carmack later revealed to People about how he popped the question. “I hired a little gypsy jazz quartet to play some of our favorite songs.” He added, “I even fooled her into dressing up so we could take nice pictures.” Sounds like he had everything perfectly planned!

Then, on August 30 of that same year, Carmack and Slaver welcomed their first child, a baby girl.

Congrats to Carmack and Slaver on their marriage!