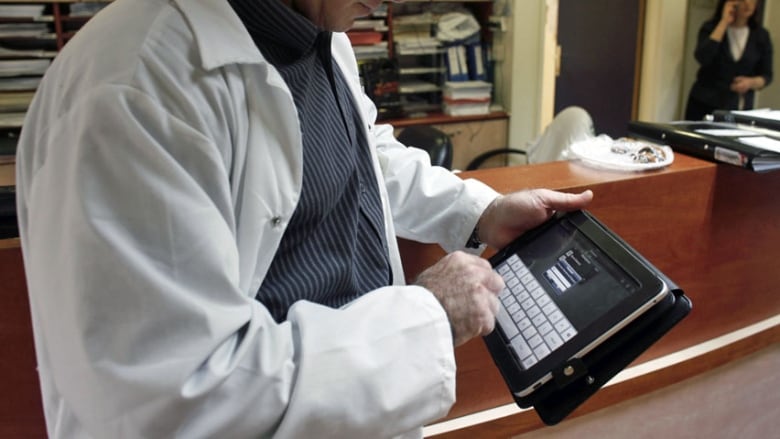 For more than four years, the province has been trying to adopt what it calls the One Patient One Record system.

The idea is that hospitals and, eventually, family practices and community clinics, would be able to see the same records in a patient’s file, regardless of where they were in Nova Scotia, said Alyson Lamb, the chief nursing informatics officer at the IWK Health Centre.

She’s the person overseeing the transition to that new system, but said that it’s still years away.

The CBC’s Laura Fraser was liveblogging the inquiry Friday:

The accessibility of medical records is a key issue to the Desmond inquiry, as numerous clinicians in Nova Scotia struggled to get the veteran’s military health records — or the documents held by Veterans Affairs outlining the treatment he’d had for post-traumatic stress disorder in New Brunswick and at an in-patient psychiatric facility in Montreal.

Instead, Desmond spent more than two months without any followup care after his release from Ste. Anne’s Hospital in August 2016. He eventually went to a family doctor in Guysborough, N.S., to see if he might have any knowledge about that followup plan — and the inquiry heard that Dr. Luke Harnish had to Google the hospital and asked his staff to try to get in touch with the records department there.

The other five doctors that Desmond saw in the months before he would fatally shoot his wife, Shanna, his daughter, Aaliyah, his mother, Brenda, and himself, also noted that they had limited access to records.

Right now, family practices use one electronic record-keeping system for patient charts, while hospitals use others, including SHARE, One Concept and Meditech. The latter system dates back to the 1980s, Lamb said, and none of the systems can communicate with each other.

“If you were to draw it out, it often looks like spaghetti on a plate,” she testified. “There’s so many different systems with feeds going everywhere.”

But the goal of interconnection will take several years, even once a contract is in place with a developer. The logistics of putting a new system in place while using another for current patients is especially complicated, she said, noting that Alberta is the only other province in Canada using a One Patient One Record model.

It would, however, still have its limitations.

When asked whether doctors could see a patient’s medical records from other provinces in the system, Lamb said that wouldn’t be possible.

With no system in place at the moment, it’s possible that the recommendations that will come from the Desmond inquiry could influence the development of the province’s medical records system.

The inquiry will resume March 23.