‘My house shook, and I shook’: Multiple fatalities confirmed in plane crash on Gabriola Island 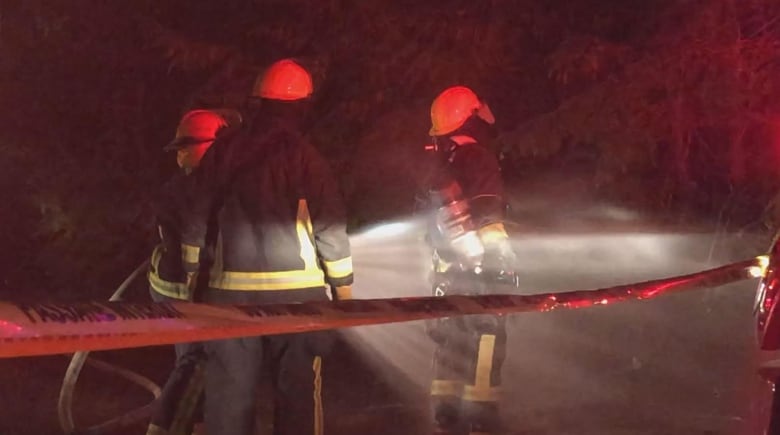 The BC Coroners Service and RCMP have confirmed multiple fatalities after a small plane crashed on Gabriola Island, located off the east coast of Vancouver Island.

According to a written statement issued by the coroner, the plane crashed on the northwest corner of the island. Gabriola RCMP members confirmed fatalities at the scene.

The B.C. Ambulance Service said it responded to the call at around 6:10 p.m. PT on Tuesday. The island’s ambulance and community paramedic car responded, along with four to five other ambulances that were transported there via ferry.

The crash site will be cordoned off by RCMP until the Transportation Safety Board arrives at the scene to investigate.

The BC Coroners Service wrote it is now in the preliminary stages of its investigation to determine “who died, and how, where, when and by what means the deceased came to their sudden, unexpected deaths.”

No information is available about the size or make of the plane. Conditions at the time of the crash were foggy.

Three investigators from the Transportation Safety Board will be on site by noon on Wednesday.

Fire crews on scene near the site of a plane crash on Gabriola Island:

Video shows fire crews on the scene near the site of a plane crash on Gabriola Island., B.C. 0:43

Bette Lou Hagen, who lives on Gabriola Crescent at the north end of the island, located offshore of Nanaimo, said she heard a loud crash near her home a little after 6 p.m. on Tuesday.

“I heard a really loud engine. It was way louder than a car engine,” said Hagen. “And then a loud crash and my house shook, and I shook.”

She said there was a fire after the plane crashed and she called police but was told they had already heard about the crash. Hagen said the plane landed on land — not in the sea — and she believes it happened at a small park.

“It sounded so loud that I jumped — my deaf husband jumped up — he can hardly hear and he was out of his seat and we rushed outside,” said Hagen.

“We could hear people yelling and it was the loudest crash I’ve ever heard in my life,” she said. “It was pretty scary.”

Jean Wyenberg has lived on the island for 22 years and says she can’t recall anything like this happening before. Her house is a couple of blocks from where the crash occurred.

“It sounded like a bomb went off in my backyard,” she said, adding that others reported hearing the sound of a plane “sputtering” before it went down.

Wyenberg said she headed outside and heard two smaller explosions. She looked for flames or a house on fire, then hurried back inside to call for help.

She said she heard the sound of emergency vehicles and headed out with her flashlight to direct them in the direction she thought the crash had come from, saying the road she lived on can be “really confusing, even for the people who live here.

“I just knew it was something bad,” she said. “I’ve never heard anything like that.”