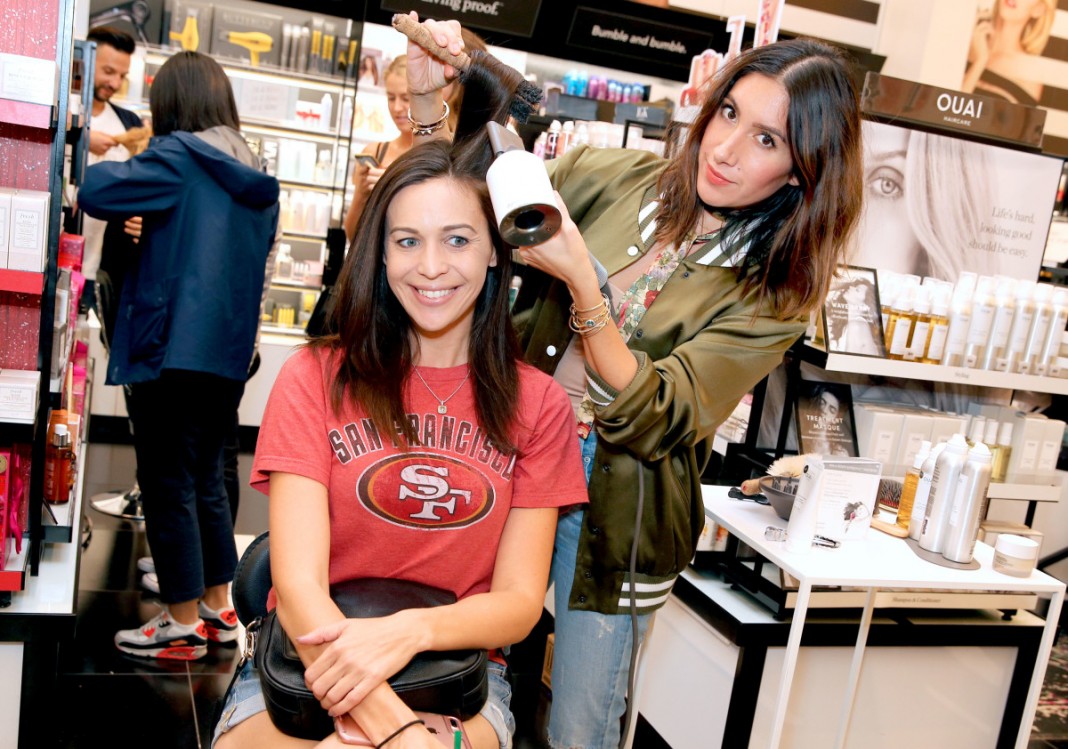 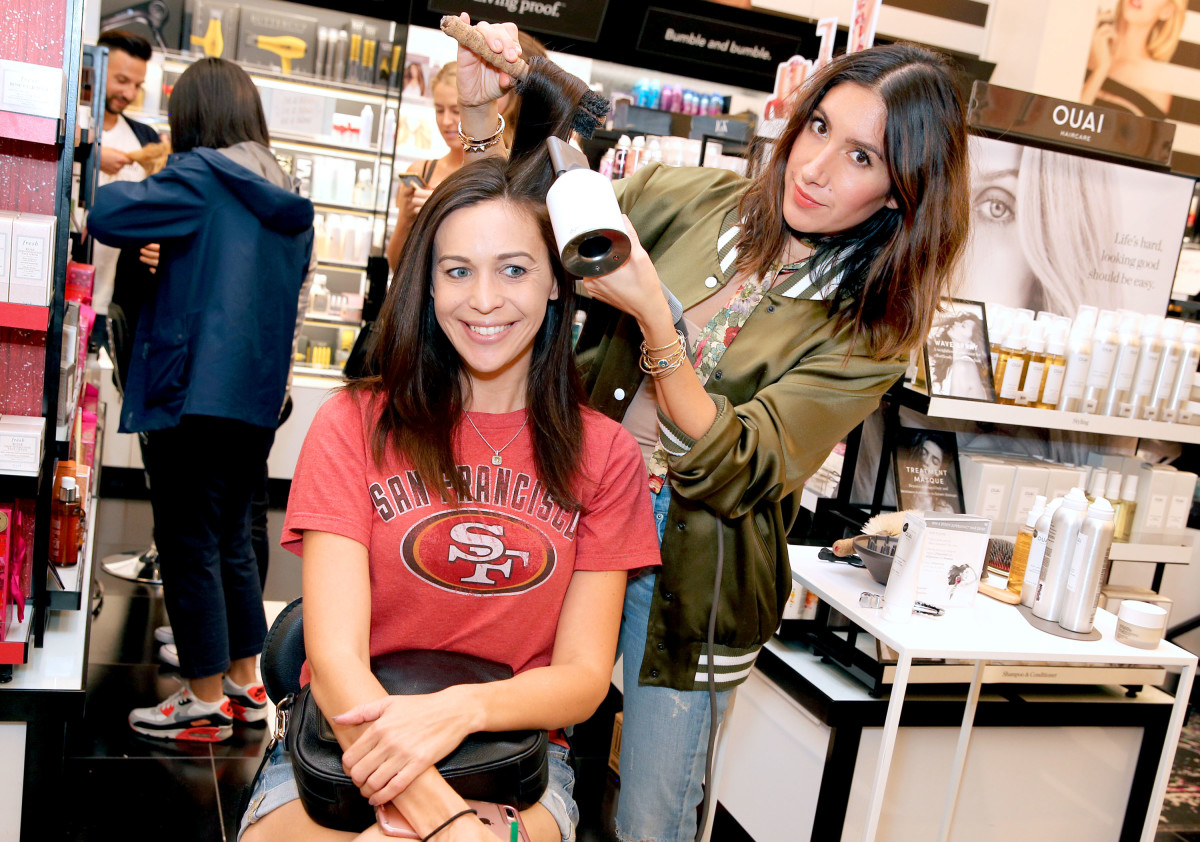 These are the stories making headlines in fashion on Wednesday

Jen Atkin discusses the success of her hair-care line, Ouai, which is set to bring in $15 million this year
When hairstylist Jen Atkin, who is also the founder of the off-duty model-inspired haircare line Oaui, isn’t busy perfecting Hadid or Jenner hair, she’s hard at work growing her brand. And all of that work — not to mention social media coverage and pun-infused marketing campaigns — appears to be paying off heartily. The almost two-year-old company is already in 300 Sephora stores in the U.S. and is expected to roll into all locations nationwide in September, bringing Oaui’s expected net sales for 2017 to around $15 million. {WWD}

H&M’s new concept store Arket to open flagship in London H&M will open its new Scandinavian-inspired concept store Arket in London on August 25th. The brand, which has slightly higher price points than its fast-fashion counterpart, will have a two-storied flagship space featuring a curated selection of menswear, womenswear, children’s clothing and home items geared to those with an appetite for minimalism and quality. {WWD}

Walmart partners with Google Home to enable voice shopping
Unlike Whole Foods, Walmart refuses to give in to the almighty Amazon. To compete with the retail giant, Walmart is teaming up with Google on a voice command shopping action via Google’s virtual home assistant — Alexa didn’t shop at Walmart anyway. Starting in late September, a large assortment of Walmart goods will be made available through a conversation with your Google Home or on the Google Express website or app. {WWD}

Patagonia takes small website to federal court over copycat logo
A Simply Southern Brand-owned website, Dazzle Up, is under federal court fire due to its usage of Patagonia‘s trademarked logo. According to the outdoor wear company, Dazzle Up has been selling T-shirts that bear an almost identical ’80s-inspired silhouette of the Fitz Roy mountain range. According to WWD, Patagonia has asked the court to require Dazzle Up to immediately terminate the selling of these copied products and $150,000 in damages for each infringement, as well a relinquishing of any profits earned. {WWD}

Rodarte sisters to make directorial debut at Venice Film Festival Rodarte sister designers Kate and Laura Mulleavy are taking their eyes for beauty off the runway and onto the big screen with their debut movie “Woodshock.” The pair both wrote and directed the film, which stars Kirsten Dunst, in a sorrow-filed psychological thriller. The design duo’s movie will run from August 30th to September 9th and will open in American theaters on September 22nd. {WWD}

Chelsea Manning leaves prison with a new lease on dressing
Post-inmate coveralls, the recently freed Chelsea Manning is now able to experiment with vintage dressing, chic trousers and pencil skirts. She aspires to achieve a millennial aesthetic, which to her translates to logo tees and chunky boots. Perhaps most profound is her ability to live in dresses — a monumental moment in dressing for a trans woman who is finally getting to showcase her true gender identity. {Vogue}

I-D Magazine speaks with Dior designer Maria Grazia ChiuriLast summer, the house of Dior made the groundbreaking decision to appoint its first-ever female creative director. The label is known for creating collections that are sartorial love letters to the female body, so it was about time for a woman to take charge. Enter: Maria Grazia Chiuri, who after a year in the role has already left her mark on the brand by adding practicality to the Ready-to-Wear collections and infusing lavishness into the Couture shows. In this particular interview with the designer, I-D Magazine checks in with Chiuri at various inflection points (runway shows) throughout her first year. {I-D}

Brands speak out regarding Louise Linton’s Instagram post
Actress Louise Linton is receiving backlash after posting a photo to Instagram of her husband Steven Mnuchin, U.S. Treasury Secretary, exiting a government plane and captioning it with numerous designer hashtags. Brands like Valentino — who were mentioned in the post — were quick to deny any official ties to Linton; a spokesperson for the brand told WWD that, “Linton did not receive any gifted merchandise, compensation or loans from Valentino.” {WWD}

Eberjey x Rebecca Taylor launch intimates collection
Lingerie brand Eberjey and ready-to-wear staple Rebecca Taylor will fuse their feminine touches to create a limited-edition intimates collection for fall. The collaboration will hit stores and online in August and will consist of intimates and sleepwear in a series of silk and lace silhouettes with delicate floral prints and neutral tones. The collection will retail for between $68 and $368. {Fashionista Inbox}