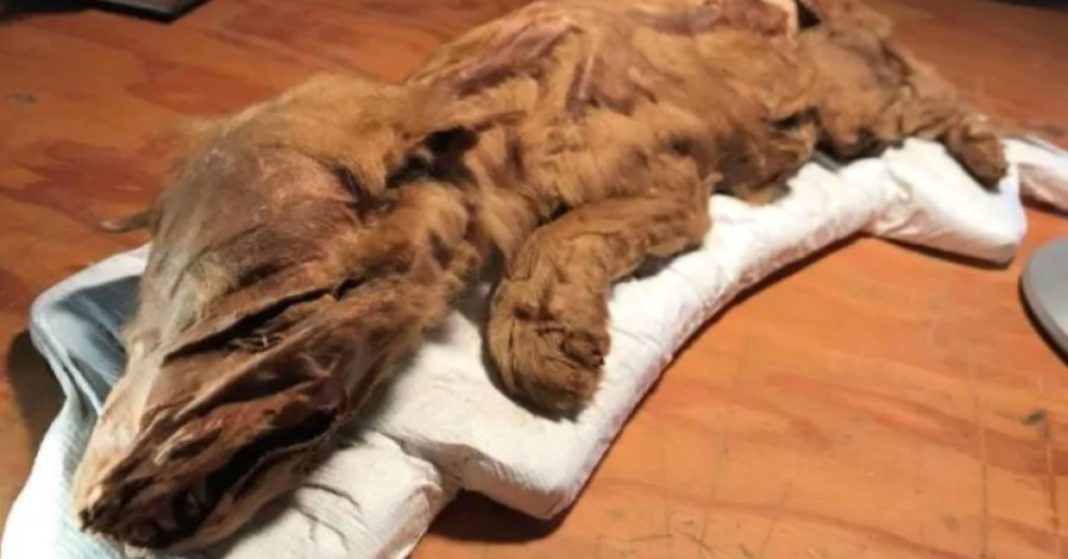 A mummified wolf pup and caribou believed to have walked Earth over 50,000 years ago were discovered with tissue and fur intact — a remarkable find, Canadian authorities say.

The caribou was found at the site of a 80,000-year-old volcanic ash bed and officials believe it’s among the oldest mummified mammal tissue in the world, according to a release.

The head, two front limbs and torso of the caribou were intact. The wolf pup was found with a complete body.

“These specimens will help scientists learn more about the ancient mammal species that roamed Beringia, increasing our knowledge and ability to share the stories of this lost, ancient land,” Minister of Tourism and Culture Jeanie Dendys said in a statement.

“Such amazing things to be found here under the midnight sun,” he said on Facebook about the discoveries.

The animals are now on display in Dawson City, and will eventually be moved to the Canadian Conservation Institute in Ottawa.