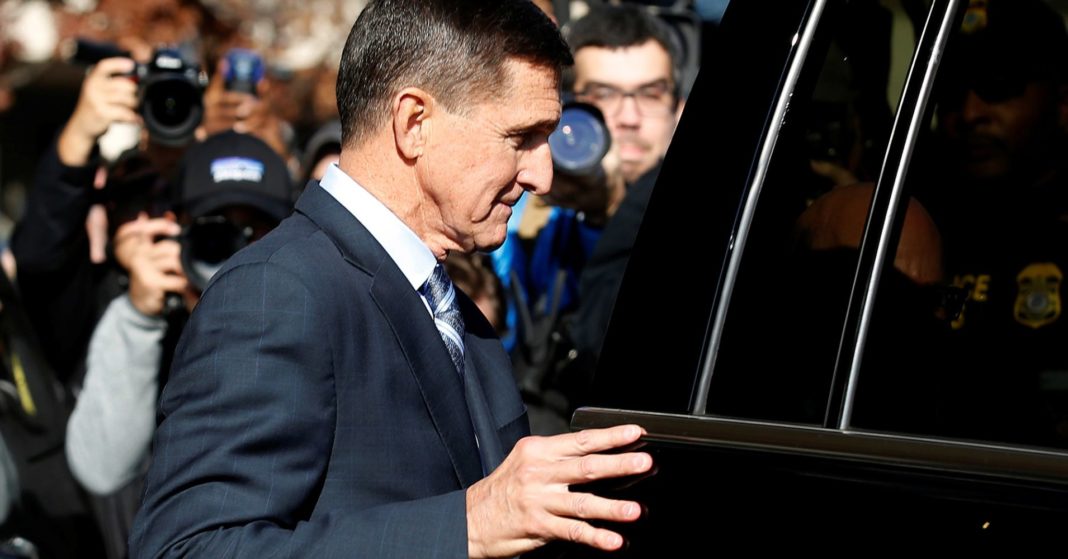 Special counsel Robert Mueller and defense lawyers for former national security advisor Michael Flynn on Monday asked that the retired Army lieutenant general be sentenced for his crime of lying to the FBI on Nov. 28 or the following week.

The request suggests that Flynn has completed, or soon is expected to complete, his cooperation with Mueller in the prosecutor’s ongoing probe of Russian interference in the 2016 presidential election, as well as into possible collusion by President Donald Trump’s campaign in that effort, and other matters.

Mueller himself was appointed special counsel after Trump fired FBI Director James Comey in May 2017, two months after Comey said the president had said, “I hope you can let this go,” referring to an ongoing criminal probe of Flynn.

The former national security adviser pleaded guilty last December to lying to the FBI about the nature of his conversations with Russia’s then-ambassador to the United States, Sergey Kislyak, which occurred after the election, but before Trump was sworn in as president.

Flynn had talked to Kislyak about sanctions the Obama administration was imposing on Russia for meddling in the election, but later claimed falsely that the talks were not substantive.

Mueller and Flynn’s lawyers, in a filing in U.S. District Court in Washington, D.C., told Judge Emmet Sullivan that they were available for Flynn to be sentenced on Nov. 28, or the following seven business days after that.

Flynn could be sentenced to up to five years in prison. But is likely to receive a much less severe sentence given his cooperation and his guilty plea.

A spokesman for Mueller declined to comment. Flynn’s lawyers did not respond to a request for comment.

The filing came three days after Trump’s former campaign chief, Paul Manafort, pleaded guilty to conspiracy relating to consulting work he did for pro-Russia politicians in Ukraine, in the years before he worked on the campaign. Manafort also has agreed to cooperate with Mueller’s probe, which Trump has repeatedly called a “witch hunt.”

Flynn briefly served as Trump’s first national security advisor, but was fired after less than a month in the position after he was exposed as having lied to Vice President Mike Pence and others about his conversations after the election Kislyak.

Investigative reporter Bob Woodward’s new book “Fear: Trump in the White House,” says that Trump told other administration officials that Flynn simply wasn’t up to the task of being the president’s top national security aide.

Woodward also reported that Flynn had “told associates that he didn’t think he lied to the FBI when he was interviewed,” but he pleaded guilty anyway because “his legal bills were astronomical, as were his son’s, who was also being investigated.”

“A one-count guilty plea for lying seemed the only way out” for Flynn, Woodward reported.