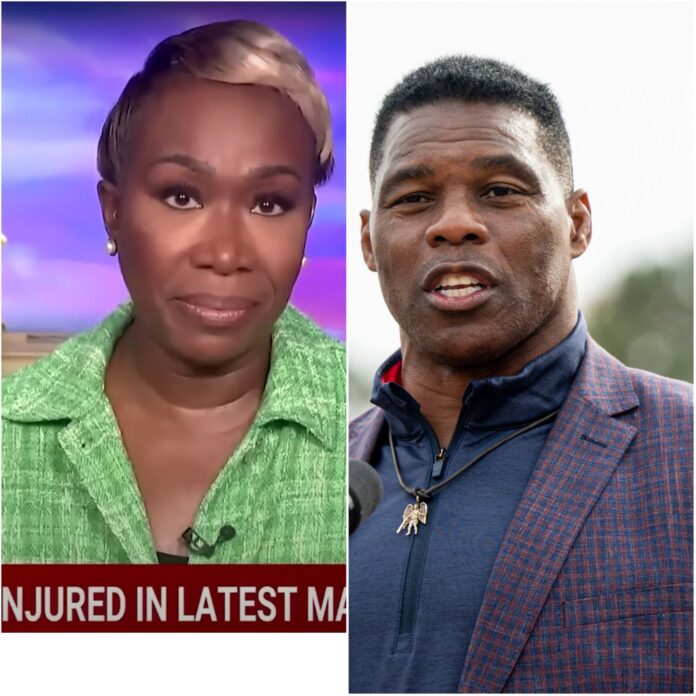 Georgia GOP Senate candidate Herschel Walker threw down the gauntlet this week when he challenged MSNBC’s Joy Reid to a debate after she mocked his “erection” gaffe on Fox News.

Reid accepted live on her show Wednesday, telling Walker he could appear on “The ReidOut” any day. But Walker is yet to publicly respond to the invite.

The exchange began Tuesday when the Donald Trump-endorsed Walker, who faces Sen. Raphael Warnock (D-Ga.) in a runoff election on Dec. 6, said “this erection” instead of “this election” during a Fox News appearance flanked by Sens. Ted Cruz (R-Texas) and Lindsey Graham (R-S.C.).

“The ancestors are weeping,” tweeted Reid. “And why does he always need these handlers (who can’t even stop him from embarrassing himself.) Just humiliating.”

The ancestors are weeping. And why does he always need these handlers (who can’t even stop him from embarrassing himself.) Just humiliating… https://t.co/9vyn0h2jkW

“I say, any day of the week she wants to debate, she can show up here and I’ll debate her as well on any subject,” he said in an interview shared online. “She can come up with the subject, and let’s go at it.”

After all, she’d have plenty to grill the former football star on — including allegations he’s fathered secret children, pressured ex-partners into getting abortions and received a tax exemption for his home in Texas.

“OK, Herschel, come on,” she said. “No, seriously. We reached out to your team. We will have you on ‘The ReidOut’ any day. And we can debate. Just tell us when.”

Reid had one condition, though.

Walker has to debate “on your own” and not alongside national Republicans such as Cruz and Graham whom he has appeared with before.

On Thursday, Walker tweeted a Thanksgiving message. He does not appear to have commented on Reid’s offer, though.