Most new Order of Canada appointees are white men, despite diversity-boosting efforts 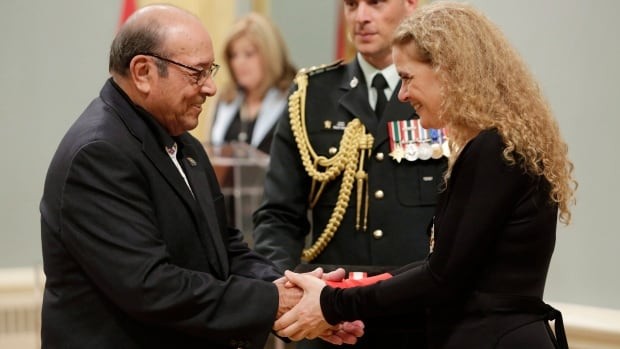 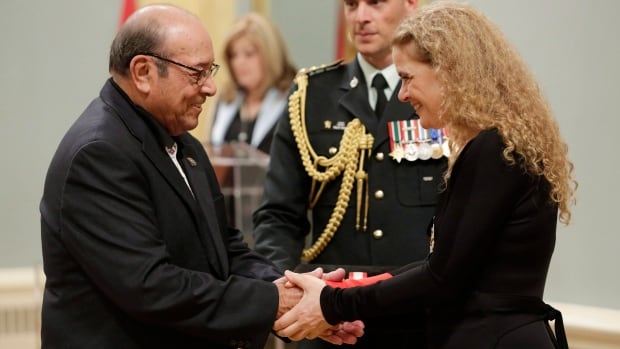 Most of the new appointees to the Order of Canada in 2020 were white men, despite some progress made in boosting the diversity of the elite group.

Of the 175 people picked for the prestigious civilian honour last year, just over one third were women. About 7.4 per cent were members of visible minorities — up two per cent from the previous year –  and 5.1 per cent were Indigenous, according to analysis by immigration and diversity researcher and former government official Andrew Griffith.

“We talk about diversity as our strength as Canadians. We advertise that to the world,” she said. “Yet this is not demonstrated when we’re trying to recognize those people who have made contributions to Canada.”

“Black communities have been here for hundreds of years. So when we don’t see ourselves represented in one of the highest honours of the country, it says something — that we’re not being recognized for things that we have done and continue to be doing,” she said.

Morgan said stepping up outreach to underrepresented groups and enhancing public awareness about the program could help to address the longstanding imbalance. The makeup of the panel that reviews nominations should also better reflect the population, she said.

The Toronto Star reported last month that The BlackNorth Initiative — which pushes corporations to improve the diversity of their boardrooms and executive suites — has written a letter to Gov. Gen. Julie Payette complaining about the low number of Black Order of Canada recipients and has suggested the names of individuals who could be worthy of the honour.

The Order of Canada program relies on nominations from individuals or organizations, which are reviewed by an independent advisory council. That council makes appointment recommendations to the governor general, who accepts them according to convention.

Rob McKinnon, a spokesperson for Rideau Hall, said modernizing all honours programs is one of Payette’s “key priorities.”

He said her office has taken steps to increase diversity, such as data collection on gender identity, disabilities and Indigenous and visible minority status through a self-identification questionnaire. The office also has launched communications strategies and social media campaigns meant to increase the number of people being nominated for civilian honours, he said.

“The best way to augment the representation of a merit-based public program like the Order of Canada is to increase the participation of Canadians [in] it, thereby generating a larger volume of diversified nominations,” McKinnon said in an email.

“In that spirit, Governor General Julie Payette has taken steps and asked her team to look at ways of increasing the public profile of all its honours programs and to make the nomination process as user-friendly as possible and easily accessible to all. Such improvements will lead to the recognition of individuals with more diverse backgrounds.”

McKinnon acknowledged that while progress is being made, it’s slow. He noted that while nominations of women to the Order of Canada have remained steady — about 200 per year since 2000, from a pool of 500 to 800 nominations each year — women nominated to the order now see a success rate of about 72 per cent, compared to 58 per cent for men.

Diversity consultant Chi Nguyen said the Order of Canada program has clung to a tradition of installing “upper crust” people selected by an elite group – and that must change.

“Often you’re tapping the people who look like you, who run in the same circles as you,” she said.

“So I think those numbers are increasing and they look better than they have in the past … but it still doesn’t recognize the other ways in which lots of newcomers, Indigenous folks are contributing to building our country.”

Griffith, who has tracked Order of Canada appointments since 2013, said while the trend line appears to be moving in the right direction, there is still much progress to be made.

“You want to make sure that the awards — to an extent, not a perfect extent — have that representation of the population,” he said. “Because it highlights that everybody can make a contribution. It highlights that all different aspects of Canadian society are getting some recognition.”