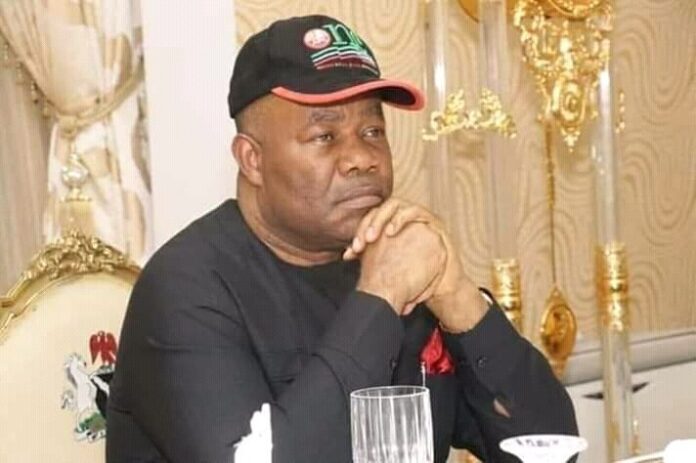 He made the disclosure while answering questions at the ongoing probe by the House of Representatives committee.

According to Akpabio: “Most of the contracts in NDDC are given out to the members of the National Assembly. If you don’t know, please ask the two chairmen.”
Akpabio further explained that some Chairmen of committees on NDDC have slots in the budget.

However, a member of the committee, Hon. Boma countered him leading to a heated argument.

At this point, the leader of the committee stopped Akpabio while shouting “Hon. Minister, it’s okay, it’s okay.”

The House of Representatives is currently investigating NDDC over alleged fraud, mismanagement of funds, among others