At a health conference, attendees got some unusual swag: Glucometers to monitor their blood sugar 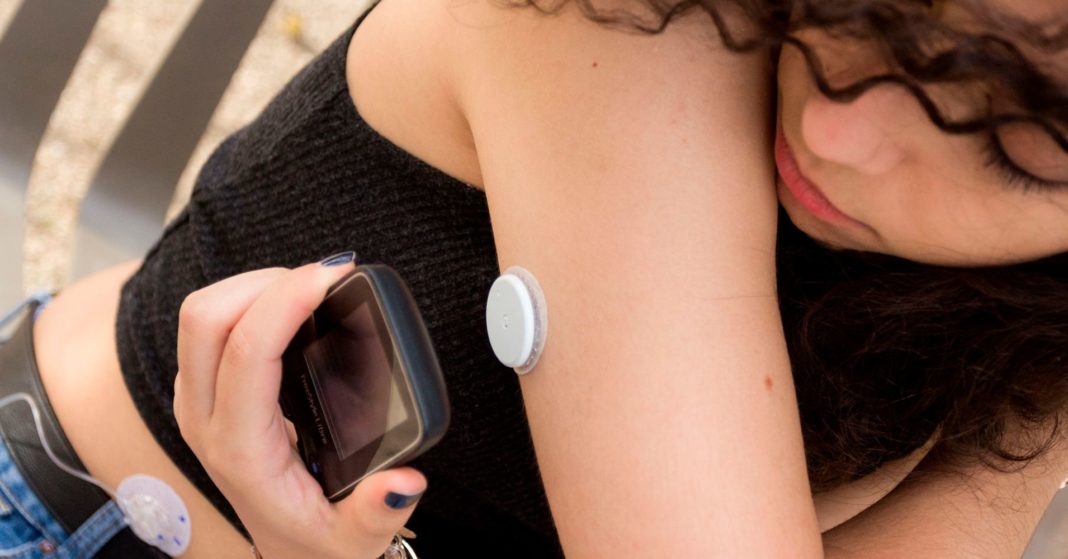 Livongo, a San Francisco start-up that sells tools to employers to help them manage the health of their workers with diabetes and other chronic conditions, hosted its first conference on Thursday.

The event was similar to most conferences, with a mix of panels and networking events. But it did offer up some very unusual swag. Rather than a start-up tee or a branded mug, attendees got to wear a glucometer for the day.

The company had a station set up on site. After attendees signed up, doctors and health coaches hooked them up with a patch that continuously monitored their blood sugar via tiny needles that pierce the skin. The device was the FreeStyle Libre Pro from Abbott, a medical device company that Livongo has been partnered with since 2018.

Most people who don’t have diabetes don’t have any insight into their blood sugar levels, as there isn’t an easy way to track them. That’s because Abbott’s FreeStyle Libre and other continuous glucose monitors are prescription products intended for people with diabetes. A doctor needs to approve their use.

But in Silicon Valley and other technology hubs, more healthy people are finding ways to try out these medical devices, typically by buying them on eBay. One high-profile example is Apple CEO Tim Cook, who wore a glucose monitor for a few weeks to track how his blood sugar levels responded to foods he was eating. These insights are proving so useful that many in the medical community, including doctors, are advocating for these devices to be more broadly available to anyone, especially those at risk for chronic disease.

At Livongo’s event, doctors prescribed the patch to people for a 24-hour period. Most wore it for the duration of the conference, then had it removed at the end of the day. Once they did that, they got a report on how the food they ate or their activity levels influenced their blood sugar levels, which they discussed with an on-site health coach. They might find, for instance, that a food they ate at lunch was a lot more sugary than expected, or they might see a change after taking a brisk walk.

Livongo’s chief medical officer, Bimal Shah, said making these glucose monitors available to attendees wasn’t a simple task, as the company had to get medical malpractice coverage for the 60 or so participants for the day. They also needed to provide detailed consent forms and ensure that they remained on the right side of federal regulations.

The idea behind it is “educational and not diagnostic,” he said.

So if the device happens to catch something abnormal, the user would need to seek medical attention outside of the conference.

Livongo also wants its employees to understand on some level what it’s like to be a patient with a serious illness, Shah said.

About a third of Livongo’s employees have been diagnosed with one or more chronic conditions, said Shah, which might have attracted them to the company. But even healthy employees are invited to try Livongo’s range of products for chronic disease management, such as the glucometer and the Bluetooth-connected scale, so they can experience what it’s like for their users. Most of the executive team at Livongo have opted in, Shah explained.

It’s also a way for employees to provide feedback to the product and engineering teams so they can continually improve over time, he said.