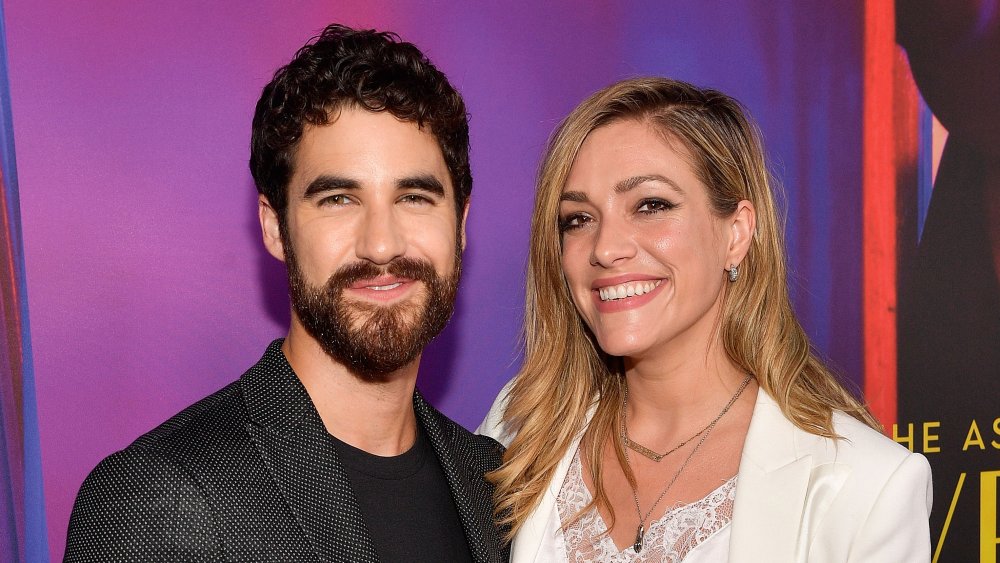 According to People, Darren Criss and Mia Swier met in 2006 through mutual friends, but didn’t begin dating until four years later, before Criss ever entertained the notion of working as a television actor. At that time, the Boy-Who-Would-be-Blaine was best known as the Boy Who Lived — during his time as a student at the University of Michigan, he co-wrote and starred in a musical Harry Potter parody aptly titled A Very Potter Musical, the first theatrical produced by what eventually evolved into Criss’ own company, StarKid Productions.

It was actually Swier, not Criss, who had her sights set on the film and television industries, having attended NYU’s Steinhardt School for Media and Television Studies, according to IMDb. Though she prefers to be behind the camera, her credentials are just as impressive as her husband’s: She’s directed short films and music videos (including Keke Palmer’s “I Don’t Belong to You” video and the comedy short A (Not So) Civil Union) and has served as a producer at Showtime for promotional content for series ranging from Dexter to Nurse Jackie to Weeds.

Like Criss, she’s also an industry polymath, founding her own production company, Effin Media, in 2009. (According to LinkedIn, she founded an additional company in 2012 named Von Glitz Productions.) But just because Swier mostly works off-screen rather than on-screen, it doesn’t mean she’s stage-shy. In fact, she’s a singer like her husband… with a twist.