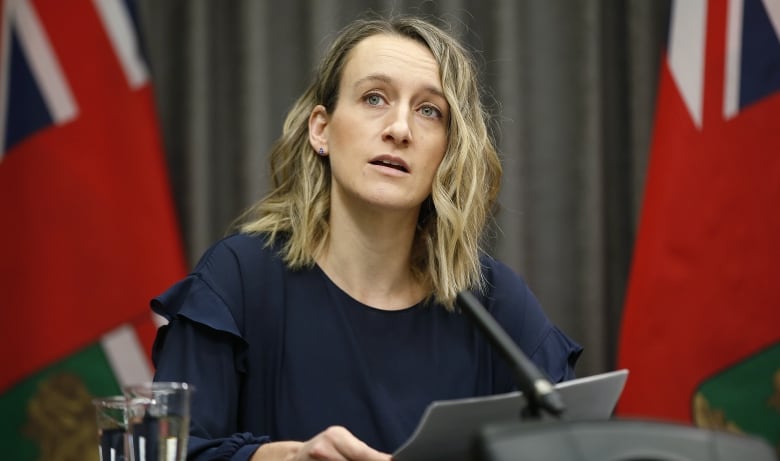 COVID-19 vaccination has increased tension in communities across the country, and for some Manitoba parents divided over the issue, it’s also led to legal bills.

Earlier this week, a court case in Saskatchewan involving divorced parents who couldn’t agree on the vaccine issue made national headlines, with the judge ultimately siding with the father, who wanted their 13-year-old daughter to get the shot.

In a similar case in Quebec, a Superior Court judge ruled that a mother was allowed to have her 12-year-old son vaccinated against COVID-19 despite the father’s opposition.

Lawyers in Winnipeg say they’re dealing with the same conflicts found in other parts of Canada.

Lillian Mackenzie, who practises family law in Winnipeg at Visionary Law Corporation, said the number of clients coming to her firm with these conflicts has exploded recently.

“The vaccines have become a very polarizing issue for families, and in all sorts of different ways,” she said.

In some cases, the conflict centres around whether children should be vaccinated, while in others, an issue arises when one parent is vaccinated and the other isn’t, Mackenzie said.

In the latter situation, that could escalate to visitation being withheld to the unvaccinated parent, she said.

‘There’s not really a middle ground’

Greg Evans, principal lawyer at Evans Family Law Corporation, said these are difficult situations to mediate because there is virtually no way to come to a compromise.

“There’s not really a middle ground here — either the child is vaccinated or the child’s not vaccinated, right?” he said.

So far, Evans said, his firm has been dealing with at least one such case that is now before the courts.

Mackenzie said parents basically have two options if they can’t come to an agreement: go to court or get their child vaccinated without their ex-partner’s consent.

“I think most people that I’ve come across so far have decided to take matters into their own hands and suffer the consequences,” she said.

“Then, of course, it’s the other parent that would have to take them to court to accuse them of making unilateral medical decisions.”

That’s because vaccines have the support of provincial and federal governments and scientific research to back them up, said Russell Alexander, a family lawyer with Collaborative Family Lawyers based in Toronto.

“The court’s not in a position to question the science behind the decision. The government has the best scientists and the best researchers working for them,” he said.

Information Radio – MB9:01As the province rolls out vaccine clinics in schools this week, some Manitobans wonder what to do if their partner doesn’t want their kids to get vaccinated

Some listeners have reached out to us asking what to do if their partner doesn’t want their kids to get vaccinated and threatens legal action if they do. Host Marcy Markusa spoke with Russell Alexander, a Toronto-based family lawyer specializing in divorce, to get some advice about the rights kids and parents have to make decisions about their health. 9:01

Evans said he thinks judges in Manitoba would follow that principle.

“The test isn’t what one parent wants; it’s what the court sees as in the best interest of the child.”

Alexander also said if parents want to challenge that view, they would have to bring evidence from a doctor to the court showing the vaccine is not in the child’s best interest.

“This isn’t just some report on the internet — you’re going to need some specific medical evidence.”

Children can decide themselves, too

Children also have a say in whether they’re vaccinated. In Manitoba, those aged 16 and older can make medical decisions for themselves without the consent of a legal guardian.

But in some cases, younger children can also make that decision for themselves under what’s called the “mature minor doctrine.”

Under that common-law rule, health-care professionals can assess a child’s capacity to make a decision and, in the case of vaccines, give them a shot even if their parent does not consent to it, explained Dr. Joss Reimer, the medical lead of Manitoba’s vaccine task force.

Reimer said she understands this is a tough issue and that the province wants parents to be involved in vaccination decisions. Health-care workers are not trying to get around parental consent by using the mature minor rule, she said.

“If the child understands the situation, we need to make decisions in their best interests if they are consenting to it.”