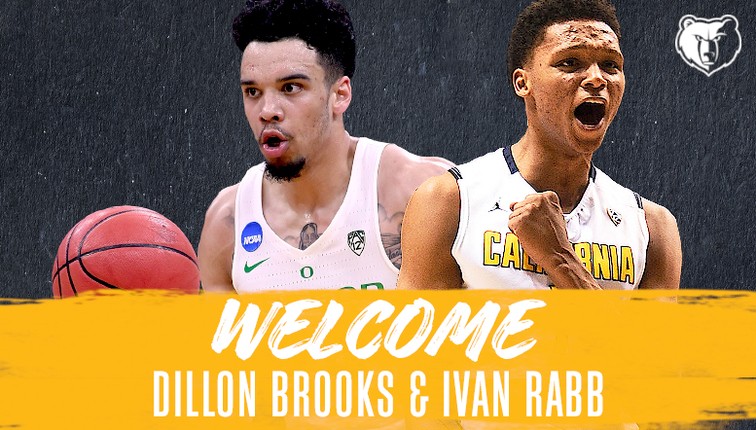 A two-time All-Pac-12 selection, Rabb appeared in 65 games (64 starts) over his two-year career at California and averaged 13.2 points, 9.5 rebounds, 1.2 assists and 1.12 blocks in 30.6 minutes. The Sacramento, Calif. native ranks among the Top 10 in Golden Bears history in rebounding average, field goal percentage and blocked shots (73).

In addition, Brooks was named All-Pac 12 First Team and earned All-America First Team honors from USA Today and All-America Second Team honors from the Associated Press, National Association of Basketball Coaches, United States Basketball Writers Association and Sporting News. He also was one of five finalists for the Julius Erving Award, given by the Naismith Memorial Basketball Hall of Fame to the nation’s top collegiate small forward.