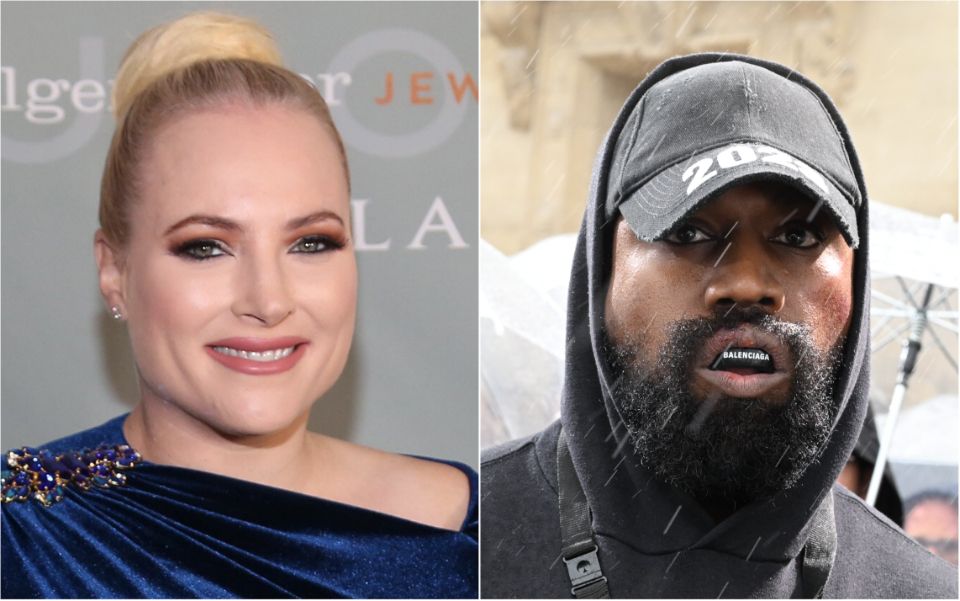 Twitter locked West’s account on Sunday after it took down a post that said he was “going death con 3 On JEWISH PEOPLE,” in violation of the platform’s policy on hate speech. The musician and fashion designer’s Instagram account was also restricted after he posted an antisemitic trope about the rapper Diddy.

His comments on social media drew widespread condemnation, though not from some elected Republicans and right-wing commentators.

McCain noted in an Instagram post Sunday that antisemitic hate crimes are at their highest levels in America in decades.

“This is poison and yet another example of why this man and his behavior are trash,” she said of West’s recent comments. “Conservatives always claim to hate celebrity but jump and get excited like a teenage girl at a Harry Styles concert any time any of them show our side attention.”

“This man is no icon, he has no wisdom I care to hear,” she added. “Do not look the other way from this statement – it is the public hatred of Judaism and Jews and full fucking stop there is NO place for this anywhere.”

Also read: Why Leah Remini Struggled After The King Of Queens Ended

Many conservatives have rallied around West ― who recently changed his name to Ye ― over his ongoing support of former President Donald Trump and his recent decision to present himself and other Black models in “White Lives Matter” shirts at his Paris fashion week show.

West sparked a firestorm for promoting the hate slogan last week and has been posting incessantly on social media since. On Thursday, he defended himself on Fox News in an interview with Tucker Carlson, during which he made remarks that the American Jewish Committee called “incoherent rants laden with racist and antisemitic undertones.”

The interview and West’s antics apparently caught the attention of the House Judiciary GOP, which compared West to Trump and Tesla founder Elon Musk in a tweet.

McCain told Republicans on the committee ― led by Rep. Jim Jordan (R-Ohio) ― to “take this down now. idiots.”

West has also seen support from hosts on Fox News, though some of them backtracked and criticized him after the weekend’s social media activity.

Other Republicans have apparently been undeterred by the antisemitism, including Indiana’s Attorney General Todd Rokita, who argued Sunday that the rapper has been attacked by the media for his “independent thinking, & for having opposing thoughts from the norm of Hollywood.”