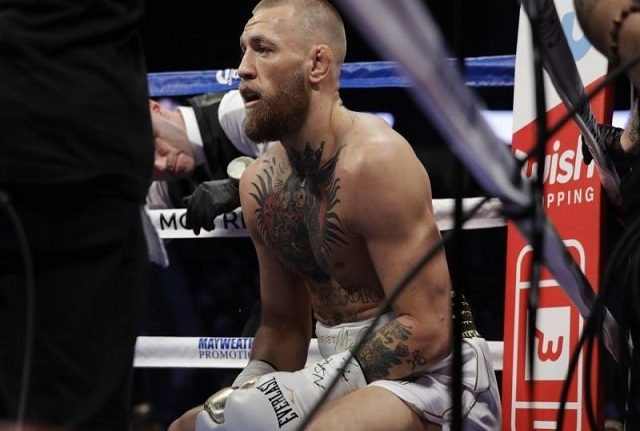 LAS VEGAS — The Nevada State Athletic Commission has issued a two-month medical suspension to Conor McGregor after his TKO loss to Floyd Mayweather in the boxing ring last weekend.

McGregor (21-3) has been suspended from competition through Oct. 26 and is to refrain from “contact” until Oct. 11.

The term “suspension” might draw public attention, but this is a standard regulatory practice in combat sports. McGregor’s two-month medical suspension figures to have zero impact on his next fight.

The 29-year-old UFC champion drew praise for his professional boxing debut against Mayweather (50-0, 27 KOs), who surpassed Rocky Marciano’s landmark undefeated boxing record of 49-0. Mayweather, who retired immediately after the fight, received no medical suspension from the commission.

McGregor won the first round of the bout according to all three judges and was credited with 111 total punches landed by CompuBox. The bout was waved off via TKO in the 10th round.

The UFC and McGregor have not yet announced his next bout. The promotion has a pay-per-view event scheduled on Dec. 30 in Las Vegas, which is one possible date for McGregor’s return to the Octagon.