Mayweather-McGregor PPV stream is down, and fans are not happy about it 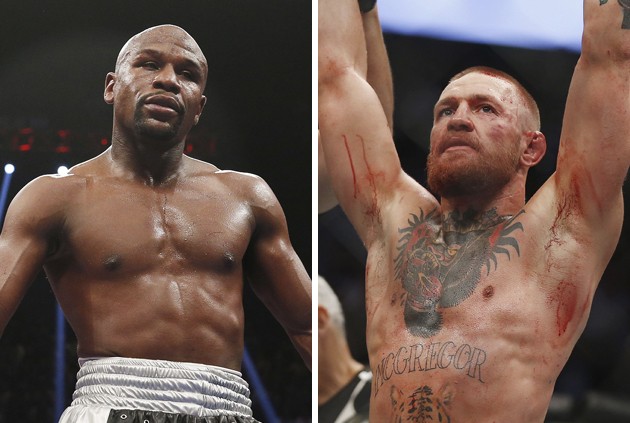 No one knows who will win the Floyd Mayweather-Conor McGregor fight, but it appears as though some fans may not even get to watch the $99.95 fight.

Sources tell ESPN’s Sal Paolantonio that the Mayweather-McGregor main event will be delayed due to pay-per-view outages.

UFC Fight Pass tweeted out earlier Saturday night that there may be some log-in issues due to overwhelming traffic.

Due to overwhelming traffic you may be experiencing log in issues. This will be resolved shortly.

ESPN’s Dick Vitale shared a picture of his TV with a blank screen.

We r in panic mode / Waited all day for PAY PER VIEW OF FIGHT / not getting it & we can’t get anyone on the phone ! pic.twitter.com/oTnandYpHU

Jon Anik and Dave Meltzer also shared their dismay with the pay-per-view issues.

Feel your pain. @XFINITY in Florida killing’ us. Leaving my house! https://t.co/B5yRYsOUrZ

Good to see Comcast has a more than 90 minute wait for customer assistance. Like they didn’t know there might be heavy traffic tonight.

MMA fighter Sarah Kaufman tweeted that her UFC Fight Pass started up for only three minutes.

So it started back up…for 3 min…ugh @UFCFightPass

Fight pass crashed on me!!!

Is anyone else’s @ufc fight pass not working ? 100$ and this isn’t working at all

ESPN’s Darren Rovell also weighed in on the potential ramifications of the pay-per-view package not working.

Imagine if they break the record for PPV buys and then have to give it back in refunds. Still issues with official streams & carriers.

According to Paolantonio, it is not known how many carriers or online providers are experiencing outages. UFC officials have not replied to ESPN’s repeated requests for comment.