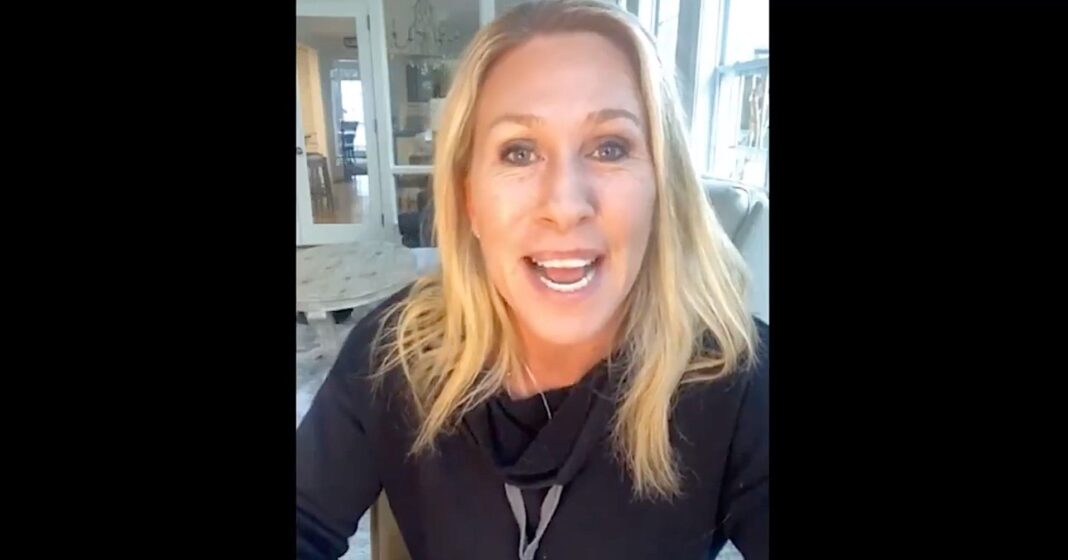 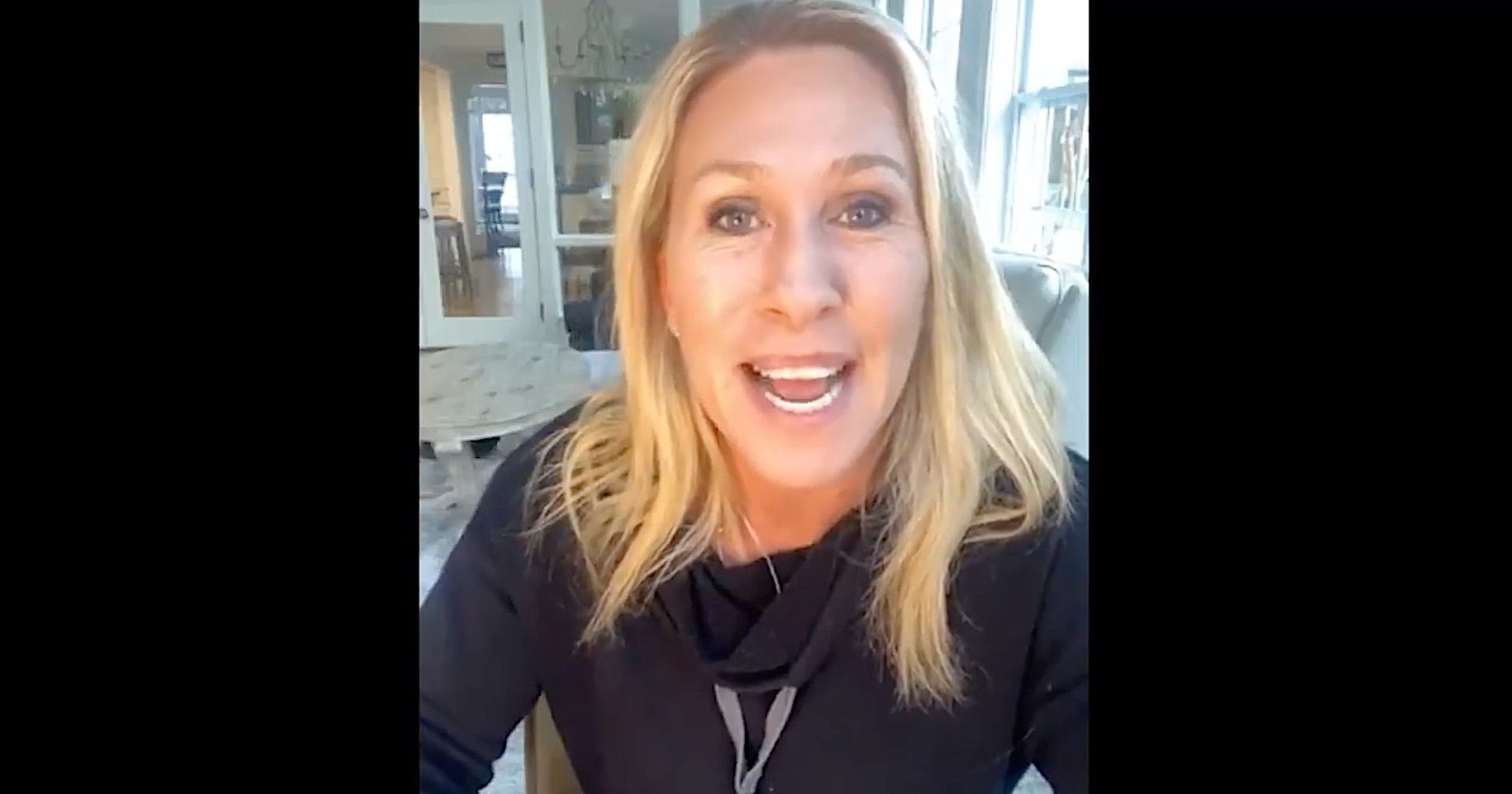 Greene, known as the “QAnon Congresswoman” for her embrace of wild conspiracy theories, railed against the notion of “vaccine passports.” That’s a proposal for a form of ID to prove that someone has been inoculated against the coronavirus before traveling or attending certain events.

“Is this something like Biden’s mark of the beast because that is really disturbing and not good,” she said in a rambling Facebook Live video, referring to an apocalyptic prophecy from the Book of Revelation in the Bible:

Marjorie Taylor Greene says that a vaccine passport is “Biden’s Mark of the Beast” and that any company the requires one is engaging in “corporate communism.” pic.twitter.com/XtTvqw83tU

“It’s still fascism. Or communism. Whatever you want to call it, but it’s coming from private companies,” she said. “I have a term for that; I call it ‘corporate communism.’”

She said companies thrive on capitalism but are also “adapting these communist policies just like the Democrats are, and they are pushing them on us through their private companies.”

Rep. Marjorie Taylor Greene: “I call it corporate communism. These are private corporations who thrive on capitalism… But yet they are adapting these communist policies, just like the Democrats are.” pic.twitter.com/Bw2A0fow2C

On social media, Greene’s critics had a devil of a time figuring out what the hell she was talking about. Then, they broke out some digital fire and brimstone:

Dear Rep @mtgreenee: Did Q tell you about the Mark of the Beast?

Also, if you play The Number of the Beast by Iron Maiden backwards, there’s a secret encoded message for conspiracy nuts like you. https://t.co/2LgWzH7ceU

‘Mark of the beast’? Just stop spreading this virus, so we can drink in public again, ya fucking idiots.

I’m not sure if #VaccinePassport is a good idea or not. Because I don’t know the details. But here is what I do know: it’s not the “mark of the beast,” “communist” or any dumb thing like that. It is however, the newest outrage for CASH MONEY!! Watch it grow.

Marjorie Taylor Greene is ranting about “corporate communism” and I really don’t even know where to start with that.

As someone who grew up with lots of Evangelical eschatology: this is incorrect. Your social security number is obviously the mark of the beast. https://t.co/1PON5jP6Su

Marjorie Taylor Greene’s phrase “Corporate Communism” is a landmark study in someone telling you, in only two words, that they don’t know what they’re talking about.

It’s strange for Marjorie Taylor Greene to be comparing proof of a COVID vaccine to the “Mark of the Beast,” considering she’s basically taken a blood oath to a cult that idolizes someone who has repeatedly committed all seven deadly sins.

Corporate Communism is my favorite oxymoron since “Trump Christians.” https://t.co/yNg5A96GJc

If the vaccine passport is the mark of the beast, and Trump gave us the vaccines, does that mean Trump is Satan?

I’m trying to figure out how this works.

The real Mark of the Beast pic.twitter.com/lktUNN2L3u