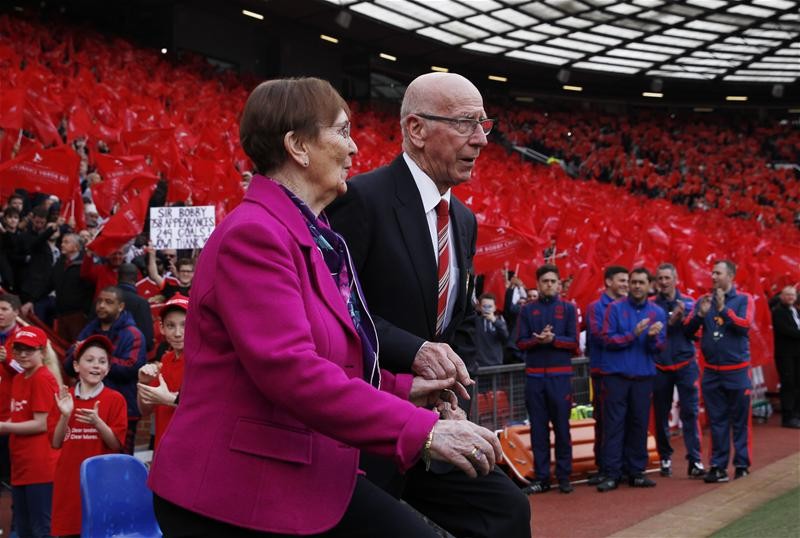 A crowd of Manchester United fans were cheering outside a Stockholm stadium on Wednesday as their team won the Europa League, a relief for the supporters after the Manchester terror attack 48 hours earlier.

“It’s fantastic to see them winning. We were always confident that we would win,” said George Malloy, a 69-year-old from Dublin.

“I think it will be a good lift for the people of Manchester,” he added.

Manchester fans were screaming and whistling in joy, while their Ajax counterparts were biting their nails as the English club won 2-0.

Outside the entrance of the modernly decorated Friends Arena in the Stockholm suburb of Solna, fans were upbeat and cheerful under sunny summer skies, but nervous about both the outcome of the match and security issues.

Ahead of Wednesday’s match, players held a minute’s silence in honour of the victims of Monday’s suicide bombing at the Manchester Arena which left 22 people dead.

For Mark, a 19-year-old Manchester fan living in Stockholm, this was no ordinary match.

“It was very special because of the events that happened in Manchester and now they qualify for Champions League,” he said.

Vijay Patel, a 29-year-old Manchester fan from the UK, said the team came out even stronger in the aftermath of the attack.

Team supporters were celebrating hours earlier at a fan zone in Stockholm’s leafy Kungstradgarden park where they played football and took photos.

Shaun Payne, a 29-year-old United supporter, said Monday’s attack undoubtedly scarred the team, but he was optimistic that they would win.

“They have nothing to lose tonight. They’ll go for it,” he told AFP.

“It’ll provide extra motivation to represent the city and to hopefully bring the trophy back with us,” he says.

Rob Coppen, a 28-year-old Ajax fan from Amsterdam donning the team’s kit, said the terror attack took the joy out of the final.

“(The attack) has taken the spark off the game. It’s been a while since Ajax has been in a Euro final so it’s a pity.

“But what can you do? Nobody asked for this, neither Manchester nor Ajax,” he said.

Amy Edwards, a Manchester fan, was worried about safety at the final, but said she refused to let fear control her life.

“I’m worried a little bit in case something happens tonight, but I guess it’s always a risk you take anyway and go to high profile games,” she said.

“But you can’t stay inside,” she added.

“Obviously the events in Manchester has put a dampener on everything but hopefully we can win and bring the trophy back tonight.”

Security was tight at the arena as a SWAT team stood guard outside.

“We’ve already undertaken a lot of preparation, and with the way the world looks today this type of incident (Monday’s attack) is the kind of thing we have to prepare for. So it has been part of our planning all along,” Stockholm police spokesman Kjell Lindgren said.

United manager Jose Mourinho said Tuesday he and his players were finding it hard not to think about the attack, which targeted fans leaving a pop concert by the American singer Ariana Grande and left 59 people injured.