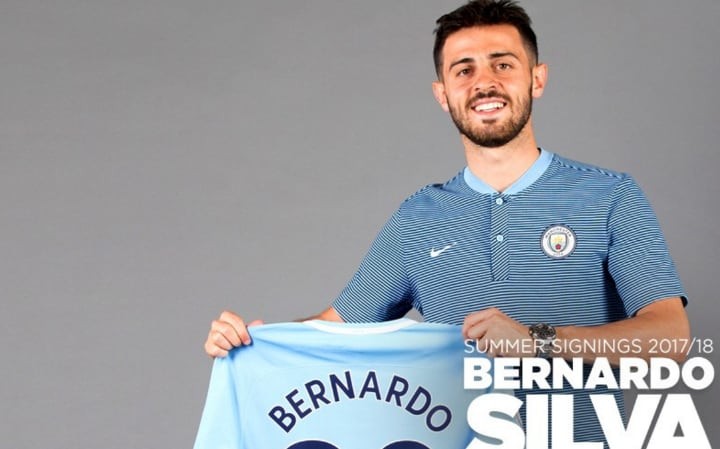 Manchester City have completed the signing of midfielder Bernardo Silva from Monaco.

Sky Sports News HQ understands the 22-year-old has joined City for £43m and has signed a five-year deal at the Etihad. 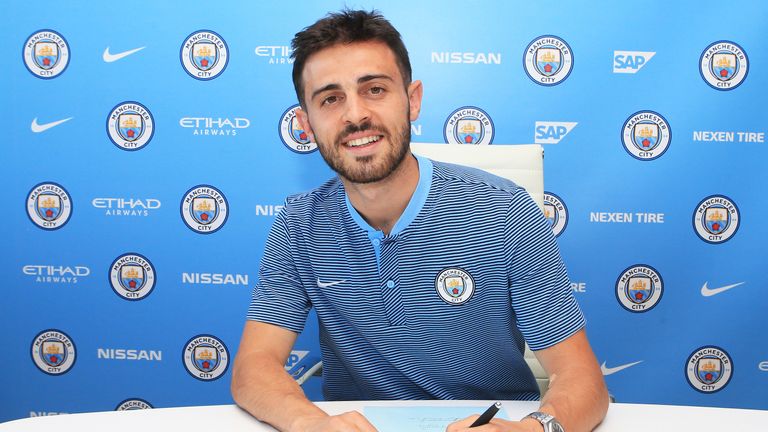 Silva, who will wear the number 20 shirt at City, becomes Pep Guardiola’s first major signing of the summer.

“It feels great. To be honest I’m now at one of the best teams in the world. To be part of this club and to have this opportunity is great,” Silva told the club’s website.

“I’m very happy to be part of Manchester City’s team and I look forward to trying to do my best to help the team reach their goals.

What will Bernardo Silva bring to Manchester City?

“If not the best coach in the world, [Guardiola] is one of the best.

“Of course when you have the opportunity of being trained by Guardiola, you don’t say no.

“As we all know, what he did in Barcelona and Bayern Munich was amazing and we expect also here that he will win titles. It’s great to be working with him and to have this opportunity.”

You can book the Sheffield showdown, including Groves vs Chudinov, online here

A product of the Benfica academy, Silva has 12 caps for Portugal’s senior side and has helped Monaco win the Ligue 1 title this season, scoring eight goals in his 36 French top-flight appearances.

City fans got the chance to assess his qualities when Monaco beat Pep Guardiola’s side 3-1 in the Champions League to progress from the last-16 on away goals and went on to reach the semi-finals of this year’s competition.