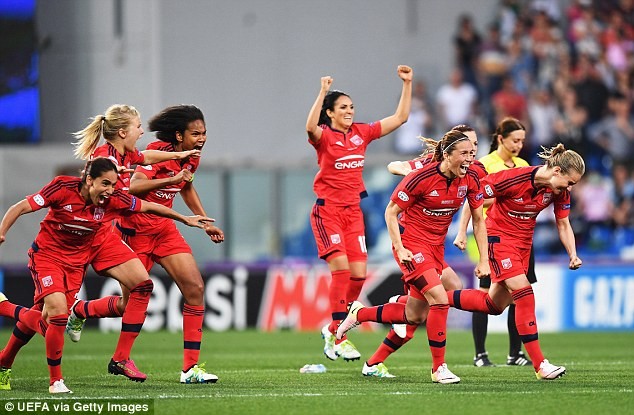 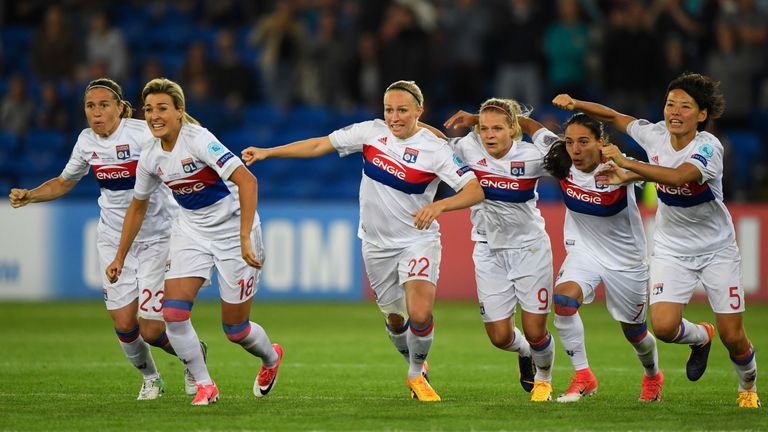 Lyon goalkeeper Sarah Bouhaddi netted the decisive penalty as they beat PSG 7-6 in a penalty shootout to retain the women’s Champions League after her opposite number Katarzyna Kiedrzynek missed from the spot.

The game in Cardiff finished 0-0 after extra time and with the score at 6-6 in the shootout, Kiedrzynek dragged her kick wide, leaving Bouhaddi to fire past the PSG keeper and give Lyon a fourth Champions League crown in the first all-French final.

Lyon went on the attack form the start, with PSG content to soak up the pressure and break on the counter-attack, but they suffered a major blow when American international Alex Morgan had to be substituted after 23 minutes. 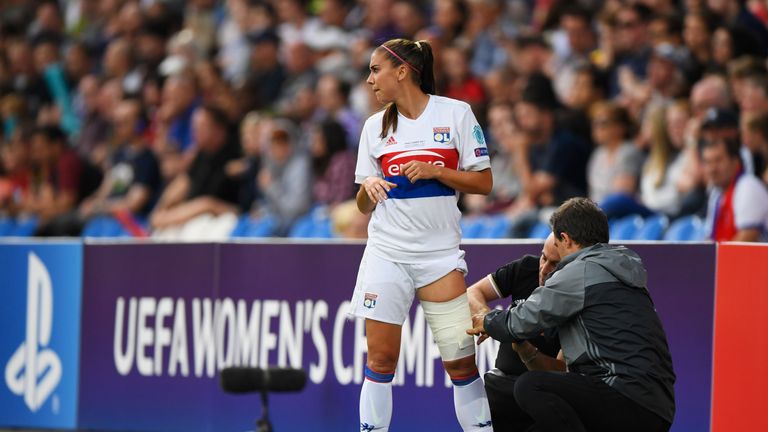 Alex Morgan goes off injured early on for Lyon

The Parisians almost took the lead when their Brazilian striker Cristiane blazed over in first-half stoppage time.

Lyon’s Ada Hegerberg then missed a golden chance in the second half by first firing straight at Kiedrzynek with the goal at her mercy and then poking the rebound wide. 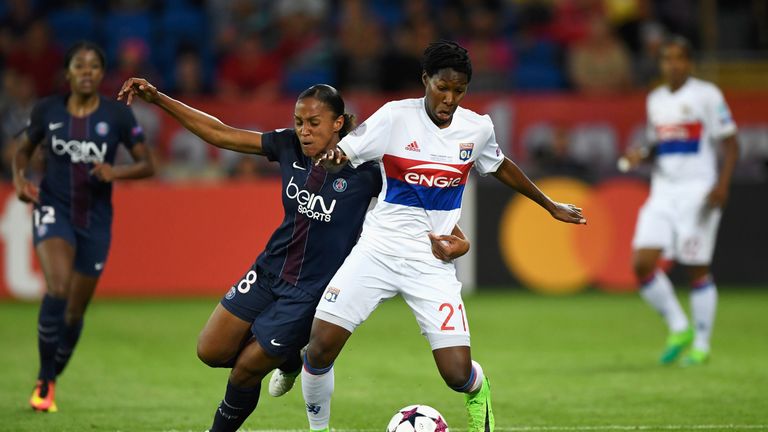 Kadeisha Buchanan and Marie-Laure Delie battle for the ball

With both sides having spurned chances during the match it went down to a shootout with Bouhaddi the hero for Lyon who became the first team to win back-to-back Champions League titles twice having also achieved the feat in 2011 and 2012.