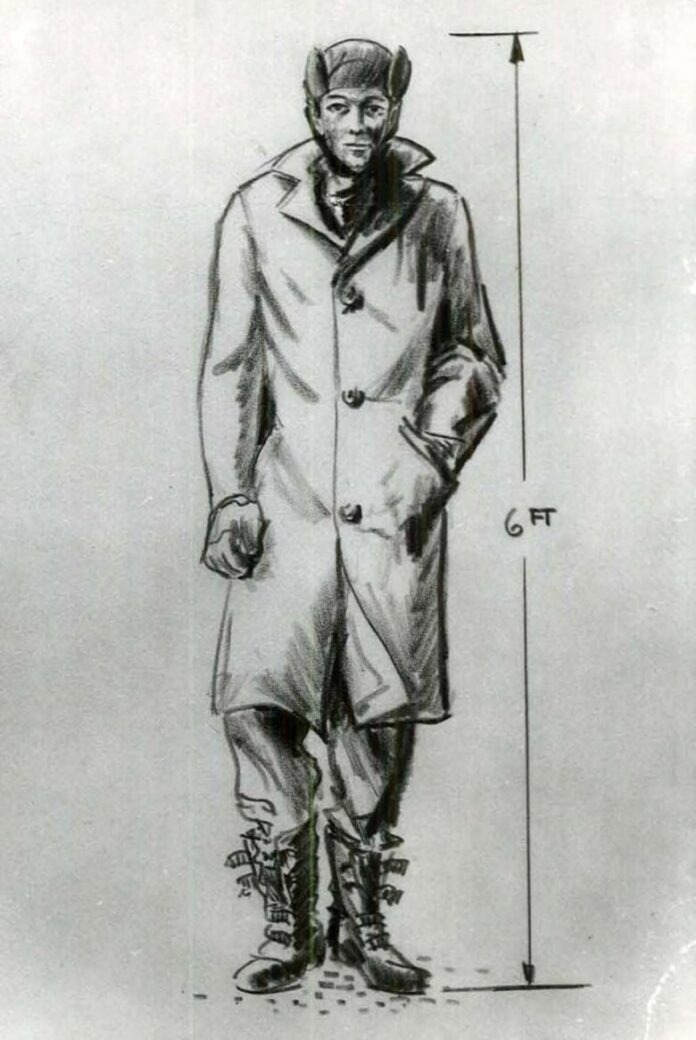 WARNING: This article contains content about child sexual assault and may affect those who have experienced​ ​​​sexual violence or know someone affected by it.

A group of amateur detectives in London, Ont., hopes their renewed interest and research into a 66-year-old cold case will shed new light on the death of a five-year-old girl.

Susan Cadieux was playing outside St. Mary’s School at 345 Lyle St. on Jan. 6, 1956, with her two brothers and a friend when a man approached the group.

“A man came and abducted her,” Bent Romnes said this week from a research room at the London Public Library’s Central Branch, where he’s been digging into the case. “He abducted her and left her at the railway tracks still alive. She died from exposure.”

It’s a case that touched all of London. The murder was so brutal.– Bent Romnes, Sleuths of London Ontario

At the time, police released a sketch of the man, who was described as white, 30 to 40 years old, tall, thin and unshaven. He was wearing a light brown overcoat that was unbuttoned, unbuckled black galoshes and a dark Russian-style or army Melton hat with ear flaps.

“It’s a case that touched all of London,” he said. “The murder was so brutal.”

Romnes and two other members of the Facebook group Sleuths of London Ontario met at the tracks on William Street last Friday to commemorate the anniversary of Susan’s death.

“Evidence was submitted to the Centre of Forensic Sciences (CFS) and scientists from CFS were eventually able to develop a DNA profile,” said Krygsman. The profile was uploaded to the National DNA Database as well as to DNA databanks in the U.S., but the DNA was never identified.

More than 20 years ago, police told CBC the late former air force sergeant Alexander Kalichuk was suspected in the death, but that never resulted in any charges.

“Despite efforts to solve the case, investigators were unable to bring it to a successful conclusion,” said Krygsman.

Terry Gilbert, 75, who now lives in Nova Scotia, was also in the school yard the night Susan left with the unidentified man. Gilbert was at the other end of the park, skating on the outdoor rink.

“It was getting time that I needed to go home, but we all wanted to stay longer, so I went home to get permission and I was told I couldn’t go back. Not long after I had left, she was taken.”

I have thought about it constantly. What that little life would have grown into and just the tragedy of it all happening.– Terry Gilbert, 75

The disappearance quickly prompted a massive search for the five-year-old. According to newspaper reports at the time, thousands of people helped in the search, including soldiers, boy scouts, social workers and railway employees.

Susan’s body was discovered the next morning, just after 10 a.m.

Gilbert doesn’t remember being fearful in the wake of Susan’s death.

“It was a neighbourhood that was full of post-war people, so the thoughts of death were very close in all of our minds” because of the Second World War.

In fact, neighbours at the time wondered if a man who had just returned from the war was responsible for her death, Gilbert said.

There have been lots of theories and questions surrounding Susan’s death over the years. It’s why Romnes and others continue to pursue the case.

“It’s difficult after all these years, you know? I’m not expecting big miracles, but there’s a drive in us to uncover what we can,” said Romnes.

“The main thing is to get people talking about it, for Susan’s sake,” he said.

“I don’t think [the man] intended to kill her,” said criminologist and retired court worker Alison Cunningham, a co-founder of the Facebook sleuth group. “It seems like a one-off — somebody opportunistically saw a little girl and saw a chance to entice her away and do horrible things to her.”

“We’re digging and digging. We’re doing some new things. I think we have some new kind of methodology, which is using Facebook, reaching out, finding people, walking the streets, talking to neighbours. I think we’re uncovering some different stuff.”

The LPS says the case remains open and the investigation is ongoing.

“I have thought about it constantly — what that little life would have grown into and just the tragedy of it all happening,” said Gilbert from Thunder Bay, Ont., where she was visiting friends.

Gilbert is also reminded of that fateful evening in January 1956 every time it snows “like diamonds,” because that’s what the night was like: it was “a bright moonlit, calm, beautiful skating rink.”

Gilbert hopes the case is resolved, to provide peace for Susan’s remaining family.

“Everyone’s always interested in the truth and justice,” she said.

The investigation remains with the LPS Major Crime Section, and investigators are asking anyone with information about Susan’s case to contact them at 519-661-5674 or to get in touch with Crime Stoppers.

Support is available for anyone who has been sexually assaulted. You can access crisis lines and local support services through this Government of Canada website or the Ending Violence Association of Canada database. If you’re in immediate danger or fear for your safety or that of others around you, please call 911.