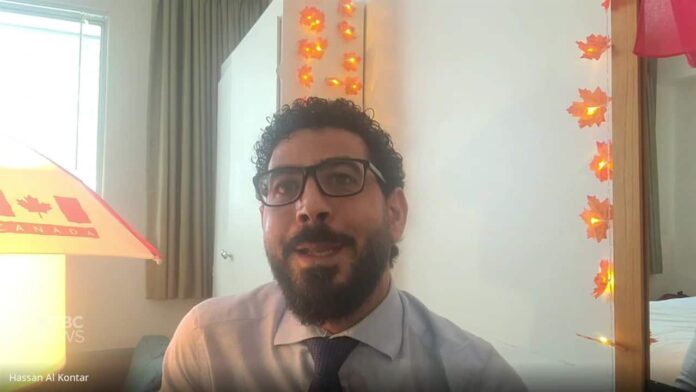 Hassan Al Kontar may be celebrating alone in his Princeton, B.C., hotel room, but he feels like he has the support of an entire country behind him.

Al Kontar is no stranger to social isolation. A refugee from the civil war in Syria, he made headlines around the world in 2018 when he was stranded in Malaysia’s Kuala Lumpur International Airport for nearly seven months.

While at the airport, he slept wherever he could and ate what he could scrounge. He then spent several weeks in jail in Malaysia before a sponsor from Whistler, B.C., helped him find asylum in Canada.

After a long bureaucratic journey, Al Kontar arrived in Canada in November 2018, received his permanent residency and started work with the Canadian Red Cross. It is that work — helping with flood recovery — that took him to Princeton, where he is receiving his Canadian citizenship via a virtual ceremony Wednesday. 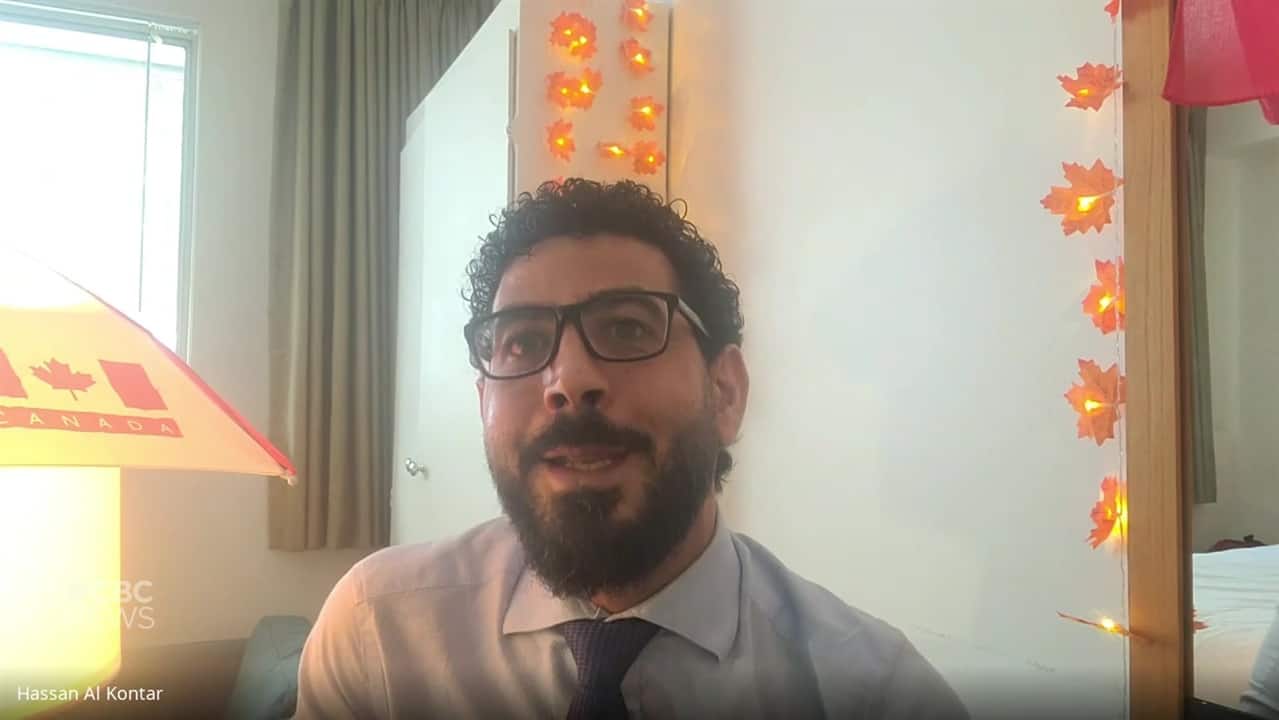 Hassan Al Kontar spent seven months living in a Malaysian airport after fleeing Syria. Now, he’s become a Canadian citizen, although he says he’s felt Canadian for much longer than that.

Speaking to The Early Edition before the ceremony, Al Kontar said he had been awake since 4 a.m. decorating his room with images of maple leaves, hardly able to contain his excitement.

“Today I’m the Canadian Hassan, and I wish all refugees and refugee camps, all of those who dream of freedom in the face of dictators and war criminals, to go through what I’m going through today,” he said.

Al Kontar had worked since 2006 as a marketing insurance manager in the United Arab Emirates (U.A.E.), but his immigration status was put into limbo when civil war broke out in Syria, and the U.A.E. refused to renew his visa.

If he went home, he knew he’d be conscripted into mandatory military service under the Syrian regime. He remained in the U.A.E. illegally until he was caught in 2017 and sent to Malaysia, one of the few countries that would accept Syrian travellers.

He was accepted into Malaysia on a three-month tourist visa, but when it expired, no other country would take him. That’s when the months of living in limbo began.

With help from the B.C. Muslim Association and a lawyer, a group of Canadian sponsors spearheaded by B.C.’s Laurie Cooper managed to secure his release.

“These people — who have multiple choices in their life as Canadians to go and travel, to have fun — they decided that the ultimate joy is to help others,” said Al Kontar. “Because of them, my life has been changed.”

Since being in Canada, Al Kontar has released a book about his ordeal titled Man at the Airport: How Social Media Saved My Life – One Syrian’s Story and worked for the Red Cross not only on flood recovery but also on vaccination efforts during the pandemic.

But during all this time, dreaming of a safe home, he was also dreaming of the loved ones he has been separated from for years in Syria and all that he has missed.

“It cost me 15 years of separation from my family. I never saw my niece. I never hugged my mother … It cost me a father [who] died when I could not visit him or hold his hand when he needed me the most,” he said.

Now, with a newly-minted Canadian passport, he will be able to finally embrace his relatives, who relocated to Egypt from Syria four months ago.

He said the prospect of those reunions and the reality he is no longer “powerless” and “voiceless” thanks to the kindness of Canadians make him deeply emotional.

“The whole world judged me because of the place I was born and not because of my personal faults or crimes.

“Today is a declaration of winning for me.”

And while becoming Canadian was beyond his wildest dreams, Al Kondar said he is now looking forward to realizing another dream … a cup of coffee with his much-missed mom.

After fleeing his home in Syria, Hassan Al Kontar found a new home in B.C. in 2018. The journey was fraught, including seven months spent living in the Kuala Lampur airport. Today, he will finally become a Canadian citizen. He shares his excitement, emotion, and the journey that brought him here.