Linares to defend belt vs. Campbell on Sept. 23 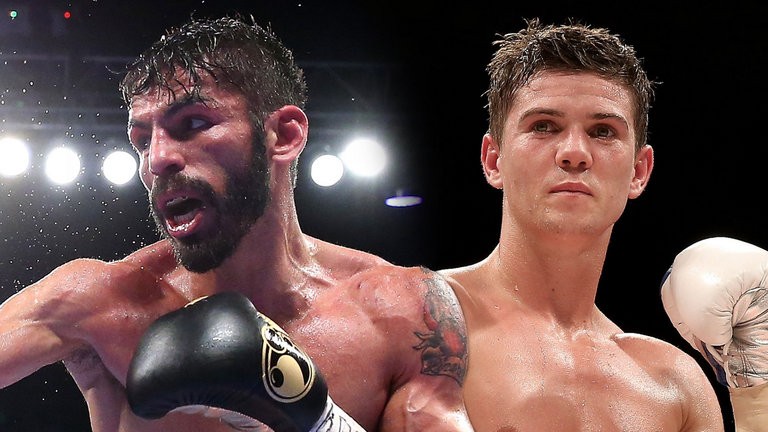 Lightweight world champion Jorge Linares was ringside to watch Luke Campbell’s last fight in April. Campbell’s next fight will be against his one-time observer.

Linares will make his second title defense against Campbell, his mandatory challenger, on Sept. 23 (HBO, 10 p.m. ET/PT) at The Forum in Inglewood, California, Golden Boy Promotions announced on Thursday.

“I am excited to make my return to the United States and to headline an HBO show for the first time,” Linares said. “I know Luke Campbell is a tough competitor with an incredible amateur and professional background, but I am confident that I will emerge victorious on Sept. 23.”

Linares (42-3, 27 KOs), 31, of Venezuela, who was stripped of the WBC’s 135-pound title while he was dealing with a hand injury in 2016, returned from an 11-month layoff and outpointed Anthony Crolla on his turf in England to win the WBA’s belt last September. Then Linares easily outpointed Crolla in a rematch in March to retain the title. The victory was Linares’ 11th in a row.

Campbell (17-1, 14 KOs), a 29-year-old southpaw from England, won an Olympic gold medal in 2012 and became Linares’ mandatory challenger by virtue of a ninth-round knockout of former world titleholder Darleys Perez in their title elimination fight on the undercard of the Anthony Joshua-Wladimir Klitschko heavyweight title fight on April 29 at Wembley Stadium in London.

Linares, who has also won world titles at featherweight and junior lightweight, was at the fight to scout his future foe. The fight with Campbell will be Linares’ first in the United States since 2014.

“By fighting all over the world, Linares has established himself as an international fan favorite with a reputation for lightening quick hands, solid power and crafty defense,” said Golden Boy CEO Oscar De La Hoya. “I know how hard it is to win an Olympic gold medal, and given Campbell’s exciting style and punching power, we are in for an action-packed fight on Sept. 23.”

Campbell has won five fights in a row since a stunning split decision upset loss to French journeyman Yvan Mendy in London in December 2015.

“It’s an honor to be fighting Jorge Linares in one of the biggest fights in the division,” Campbell said. “I’ve worked my way from Olympic champion to the No. 1 spot, and I feel now is the time to take my chance. All the pressure is on Jorge headlining back in the States on HBO and I am so confident. I have tremendous respect for Jorge and this is going to be an unbelievable fight, but this is the opportunity I have been waiting for as a professional and I must and will take it on Sept. 23.”

Golden Boy and Campbell promoter Eddie Hearn of Matchroom Boxing were able to iron out a deal without having the fight go to a purse bid.

“It’s a pleasure to be working with Jorge Linares and Golden Boy again in helping to deliver this great fight on HBO,” Hearn said. “Luke Campbell is the most successful amateur the U.K. has ever produced, capturing Olympic gold in London 2012 and as professional has now become the mandatory challenger with the WBA.

“He is a razor-sharp fighter that can punch with both hands and this match up is one of tremendous skill and speed. We have been on the receiving end of three Linares defeats in the U.K., but Luke comes full of expectation and belief to become world champion on Sept. 23.”