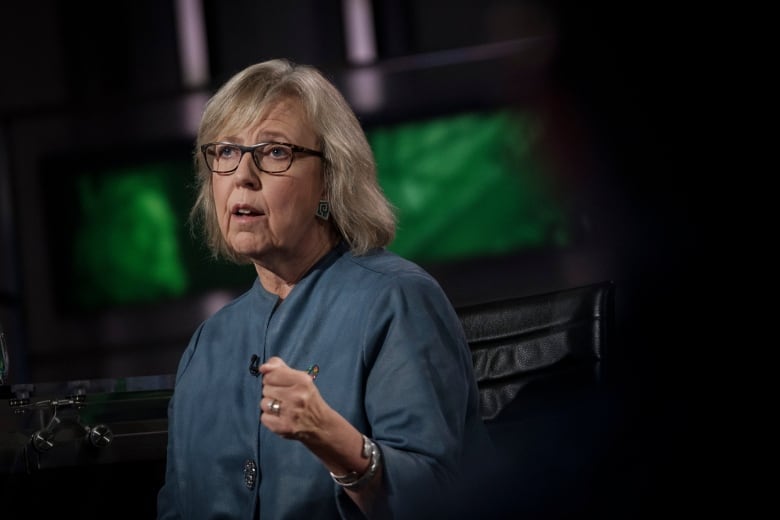 The man tasked by Justin Trudeau’s government with coming up with a plan for a national pharmacare program says the federal Liberals aren’t pledging enough money in their election platform to make it happen.

“There’s no question that more funds will be necessary to implement universal pharmacare,” Eric Hoskins, chair of the Advisory Council on the Implementation of National Pharmacare and a former Ontario health minister, told CBC News.

The Liberals are promising $6 billion over four years for pharmacare and for a plan to improve public access to doctors and mental health services.

Trudeau has not offered a timeline for introducing a program to fund prescription drugs, describing the $6 billion Liberal as a “down payment.”

According to the report of the advisory council, released in June, a fully implemented pharmacare plan would cost $3.5 billion over 10 years starting in 2022, rising to $15.3 billion annually in 2027.

Trudeau has said that if a Liberal government is re-elected this month, it would need to negotiate the pharmacare program with the provinces first, since they would be allowed to opt in or out of the program.

“None of this is going to work unless the provinces and territories genuinely believe and have confidence that the federal government is a true partner,” Hoskins said. “Perhaps evidence of that commitment is the size of the federal contribution ... toward pharmacare.”

The Liberals are one of three political parties promising during the current election campaign to introduce a national pharmacare program.

The NDP is promising $10 billion to start implementing it next year.

“The NDP plan is in most aspects very similar to what the council recommended,” Hoskins said.

He cautioned that Canadians shouldn’t hope to get subsidized prescriptions following the election.

“You need to take the time to make sure you get this right,” he said. “We can’t afford to disrupt something as vitally important to Canadians as access to prescribed medicine.”

The CBC reached out to the NDP for comment but had not heard back by time of publication.

“If we believed as a council that you could implement pharmacare next year, we would have recommended it,” said Hoskins.

The council suggested phasing in pharmacare over a period of eight years to allow all partners an opportunity to adjust along the way.

“My caution to the NDP would be, look, we’ve been waiting for pharmacare for more than 50 years,” Hoskins said. “The risks of getting it wrong are enormous when you are talking about people’s access to prescribed medicines.”

Some measures to prepare for a pharmacare program were included in the Liberals’ spring budget, including $35 million to work with the provinces, territories and stakeholders to create a Canadian Drug Agency over four years. This agency would create a national list of covered medications and deploy bulk purchasing to negotiate lower drug prices.

The Green Party also has promised universal pharmacare and committed to spending $26.7 billion in the program’s first year. It’s the biggest single expense in the Green platform.

The platform says that by 2024-25, the Greens’ plan would cost $31.3 billion, but by that point the provinces would be required to contribute $17 billion.

“The Green Party shares what I would describe as overly ambitious intent to start in 2020. Which I think is fraught with challenges, if not risk,” Hoskins said.

Hoskins said the provinces and territories are now spending between $13 billion and $15 billion a year on drug coverage.

“They (Green Party) would assume the full cost of what is currently being paid by the provinces and territories toward prescribed medicines,” he said. “And that’s not what we would recommend.

“The council felt that was unnecessary, that if the federal government simply were to pay the incremental costs, that would be what’s important to the provinces and territories.”

Contacted by CBC News, Green Leader Elizabeth May issued a statement saying she “agreed” with Hoskins’ statement that the “costs to provinces could have been deducted.”

“But the PBO did not do this — and they explicitly noted so,” she said. “We did not change the PBO estimate even though we agree it is likely too high.

“However, we did assume contributions from the provinces and territories in years three and four, set at a level less than they are currently expected to pay under the status quo system … By budgeting to cover years one and two entirely, we bring a large incentive to the table for the provinces and territories and buy ourselves some buffer time on negotiating their contributions.”

Conservative Leader Andrew Scheer has not committed to a national pharmacare plan. Instead, Scheer has said the federal government should focus on filling in the gaps in the existing, largely private-sector drug coverage system.