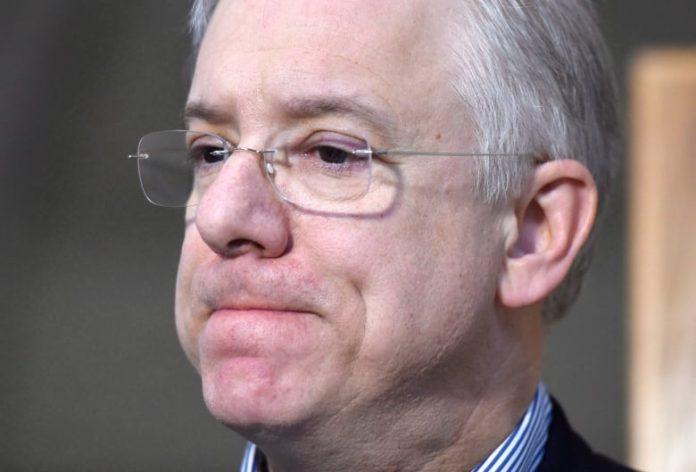 A number of Montreal-area Liberal MPs will be participating in a protest on Saturday against the Quebec government’s plans to reform its Charter of the French language.

While no federal minister is expected to join the march, the presence of Liberal MPs such as Anthony Housefather and Annie Koutrakis points to opposition to Quebec’s Bill 96 in the Liberal caucus in Ottawa.

Organized by groups that represent the province’s English-speaking minority, Saturday’s protest is scheduled to start at Dawson College and end at the Montreal offices of Quebec Premier François Legault.

Liberal MP Francis Scarpaleggia, who represents the western-most riding on Montreal Island, voiced his opposition to Bill 96 in an interview Friday. He added he is “very likely” to take part in the demonstration on Saturday.

“It is not a bill that has consensus. The Quebec Council of Employers has many concerns about its impacts. What I want is a Quebec that is strong, that can move forward, that has a strong economy,” he said.

The MP for Brossard-St-Lambert, Alexandra Mendès, said she cannot participate in the protest, but added she supports “most of the demands made by Quebec’s anglophone and allophone communities.”

Spokespeople for Housefather, who has been in close contact with protest organizers, and Koutrakis confirmed the MPs will be marching against Bill 96. The offices of other MPs who are expected to join the march did not respond to requests for confirmation.

The minister responsible for the French language in Quebec, Simon Jolin-Barrette, has vigorously defended Bill 96 in the face of criticism from English-speaking groups and Indigenous communities.

His office said the defence of the French language must above all be carried out in Quebec.

“The protection, enhancement and promotion of the French language are historic responsibilities of the government of Quebec that we fully intend to continue to assume,” said Jolin-Barrette’s press secretary, Élisabeth Gosselin-Bienvenue.

“It is up to the elected representatives of the Quebec nation to debate Bill 96.”

Tabled a year ago, Bill 96 would make several changes to the 1977 Charter of the French Language (also known as Bill 101), by strengthening the status of French in “all spheres of society.”

In order to ensure that French is “the official and common language of Quebec”, the government would impose new obligations related to the use of French in companies with 25 to 49 employees. It would also control access to English colleges, and would regulate interactions in a language other than French between the Quebec government and the province’s citizens and businesses.

Housefather, who represents the federal riding of Mount Royal, criticized several elements of Bill 96 last year, including the fact that it restricts access to government services in English.

“Suddenly hundreds of thousands of people who considered themselves part of the English-speaking community of Quebec will no longer be eligible to receive certain services from the state in English,” he said.

He also criticized the fact that Quebec has preemptively invoked the notwithstanding clause, which will limit the possibility of a legal challenge.

“The idea of insulating a bill from possible legal challenges is profoundly troubling. The public would have no way to find out whether a right has been violated,” said Housefather.

He said he is also preparing an open letter against Bill 96 that would be published after Quebec’s National Assembly has adopted Bill 96. The province’s legislature will be on break next week and resume sitting on May 24.