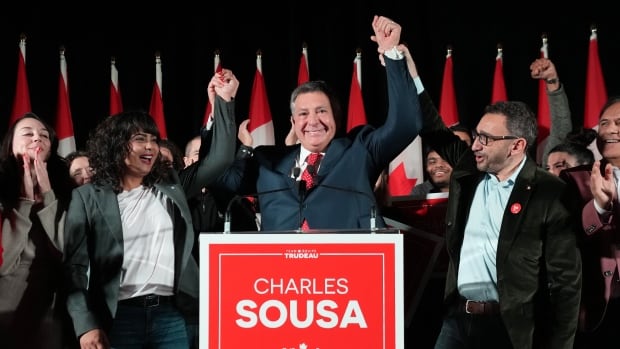 The CBC Decision Desk projects that Liberal Charles Sousa will win the federal byelection in Mississauga Lakeshore on Monday evening.

Sousa was leading Conservative candidate Ron Chhinzer on Monday in the coveted Greater Toronto Area riding by more than 600 votes at 10:45 p.m.

Sousa was Ontario’s finance minister under former premier Kathleen Wynne. He lost his seat in the 2018 provincial election that saw the Liberals fall from the governing party to one without official status in the legislature.

Chhinzer is a gang prevention expert and member of the Peel Regional Police Service serving in Mississauga.

There were 40 candidates in the byelection, with the vast majority running as Independents.

The vote was announced after Sven Spengemann, the former Liberal MP, announced earlier this year that he would resign to pursue a new job at the United Nations.