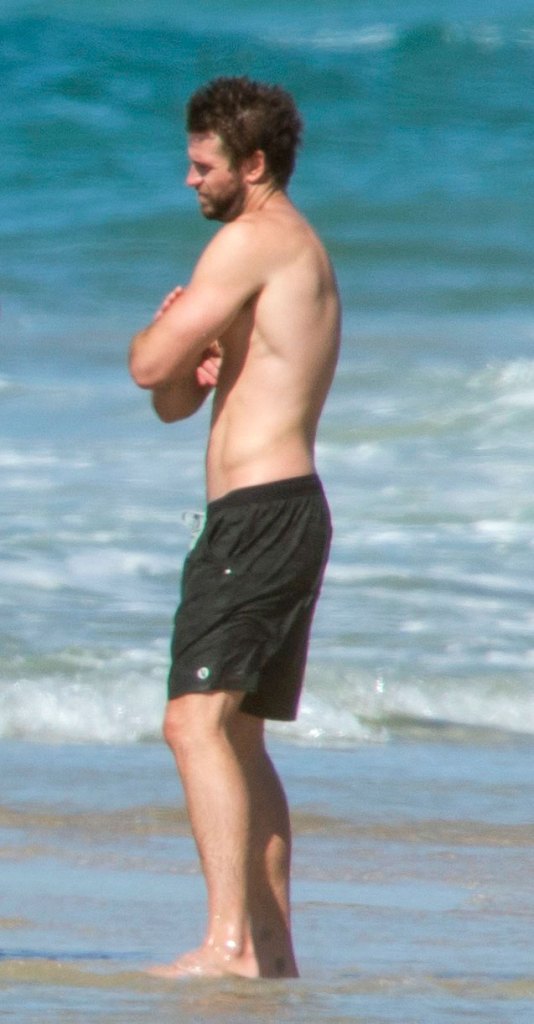 Getting by with a little help from his brother. Liam Hemsworth looked gloomy as he spent the day at a beach in Byron Bay, Australia with older bro Chris Hemsworth on Tuesday, August 20, following his split from Miley Cyrus.

Despite being surrounded by Chris, 36, and other pals, the Hunger Games actor, 29, appeared downcast as he sported black trunks and stood cross-armed in the water.

The ocean outing comes a little over a week after Us Weekly confirmed Liam and Cyrus, 26, had parted ways following eight months of marriage.

The Hannah Montana alum, for her part, has been finding comfort in pal Kaitlynn Carter, who split from Brody Jenner earlier this month. The twosome were spotted packing on the PDA during an Italian vacation the same day Cyrus and Liam’s split made headlines. They later returned to Los Angeles, where they’ve been photographed spending time together.

The Independence Day: Resurgence actor spoke out in an Instagram post on August 12, in which he wished his estranged wife well.

“Hi all Just a quick note to say that Miley and I have recently separated and I wish her nothing but health and happiness going forward,” Liam wrote alongside a tranquil photo of a sunset. “This is a private matter and I have not made, nor will I be making, any comments to any journalists or media outlets. Any reported quotes attributed to me are false. Peace and Love.”

A source later told Us that Liam is depending on his family during this time. “Liam is really sad about the breakup,” the insider explained. “His family has been taking care of him, and he’s been leaning on Chris throughout his trip to Australia.”

A second insider revealed that Cyrus — who has since released her new breakup song “Slide Away” — “wanted to make her relationship with Liam work more than anything.”