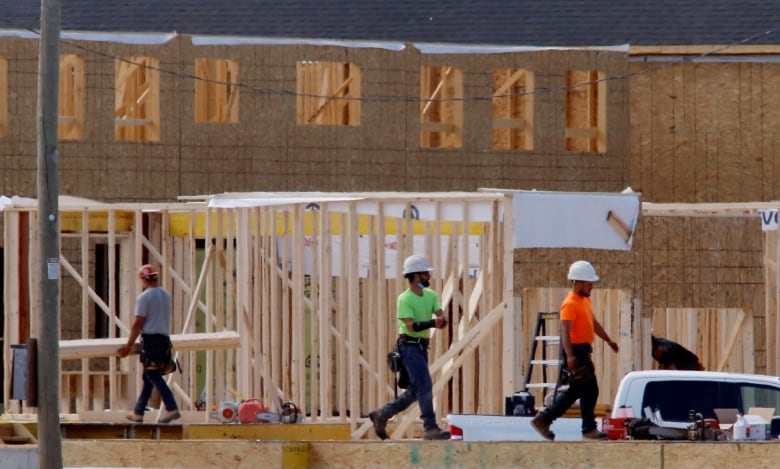 Popular outrage at the soaring price of Canadian housing has a fix that almost no one is talking about — certainly not those aspiring to be Canada’s prime minister.

While they have not framed it specifically as a method of curbing Canada’s property sector, central bankers are the exception to that rule. Bank of Canada governor Tiff Macklem insists he is preparing to push a lever expected to have a real effect on the escalating price of houses: hiking interest rates.

People with a stake in Canada’s diverse housing sector, including homeowners, investors and those aspiring to buy, will be paying close attention to Wednesday’s latest data from the Canadian Real Estate Association.

They will also be watching Canada’s inflation numbers coming out on the same day, expected by economists to hit 3.9 per cent. If so, that will be the highest Canadian inflation figure since 2003.

Watching for a continued housing slide

In Canada’s hottest markets, including Greater Vancouver and Toronto, regional housing data released early this month showed little sign of cooling in August. But nationally, many expect the July slide in both sales and prices to continue in Wednesday’s results.

The Canadian housing market is complicated, influenced by immigration, demographics, the rate of construction and speculative demand, sometimes called “exuberance.” But as with any expensive asset, there is a clear relationship between price and interest rates.

Simply put, in the case of things you cannot afford to buy outright — especially houses that take years to pay off — prices are partly determined by how much it costs to borrow the money to buy them.

In the current market, is is hard to break out how much the fear of increasing interest rates is affecting the real estate market, but if you can believe our central bankers, that threat is rising.

“It is reasonable to expect that when we do eventually need to reduce monetary stimulus, our first move will be to raise the target for the overnight rate — our policy interest rate,” Macklem said in last week’s speech to the Quebec Chamber of Commerce. That would come, he said, before the bank began selling off the bonds that it is still accumulating at a rate of $2 billion worth per week as a secondary means of stimulating the economy.

The exact moment when the worm turns and rates start to rise will be determined by such things as when economic indicators such as employment bounce back and whether inflation goes down on its own, but the Bank of Canada is currently projecting it will hike rates next year. It will also inevitably be influenced by what the U.S. central bank does, simply because getting too far out of sync with U.S. rates affects the loonie and thus exports.

A poll of economists last week by Britain’s Financial Times shows a vast majority predicting that a strengthening U.S. economy and rising inflation will force the Federal Reserve to raise rates next year, too. But there are many doubters.

A recent editorial cartoon (which I now cannot find to share) shows an old and wrinkled Jerome Powell, chair of the U.S. Federal Reserve, still threatening to increase rates off their current lows. U.S. inflation numbers come out on Tuesday and are expected to remain high.

There is a good reason for hesitancy. Rising interest rates have a wide impact on stock and bond markets, as well as on business and government borrowing. In fact, one argument that inflation would be inevitable was that higher rates would push government borrowing costs too high.

“Inflation could be seen as the most politically palatable solution,” suggested a report last year from the global investment giant BlackRock.

But interest rates certainly have an impact on the price of houses. They had a strong upward effect on house prices as rates fell, as Mike Moffatt, an economist at Western University’s Ivey Business School in London, Ont., has explained, and the opposite will almost certainly happen if interest rates begin to rise.

In a series of tweets, Moffatt tracks the rising price of a house he once owned as mortgage rates fell between 2004 and 2021. His valid point is that rising costs have made housing unaffordable for new entrants, as that same house rose in price from $200,000 to $700,000.

While the required down payment has rocketed with the total selling price, perhaps most interestingly, the lifetime interest costs over the 25-year mortgage actually declined between 2004 and 2021.

Effectively falling interest rates — in some cases recently as low as two per cent — have pushed the interest costs on a million-dollar mortgage to a very affordable $20,000 a year. But as we have seen in the past, when interest rates rise instead, lifetime carrying costs rise as well. That changes the calculus for buyers, whether they are buying to live in the house or as an investment.

In the past, rising interest rates have pushed house prices down, although it takes months or years to take effect.

The leading political parties in the current federal election all want to make housing more affordable. Several have plans to increase housing construction, and some say they will offer subsidies to help new buyers into the market. But none have celebrated the idea of higher interest rates.

WATCH | Promises for house prices made on the campaign trail:

Promises for home prices, gig workers and seniors on the campaign trail

According to the rules we share with the U.S., Britain and several other economies, politicians don’t talk about their power to raise or lower interest rates. That job is officially delegated to the central bank, supposedly to prevent the politicization of the role. But there may be another reason it has become unmentionable.

In a country like Canada, where the housing market seems to be in the  process of swallowing the entire economy, raising interest rates would likely have an enormous decelerating impact well beyond cutting the price for first-time homebuyers.

Even if rising inflation and out-of-control real estate ultimately mean that an increase in the cost of borrowing becomes a necessary evil, forcing people to think about the consequences is unlikely to be an election-time winner.