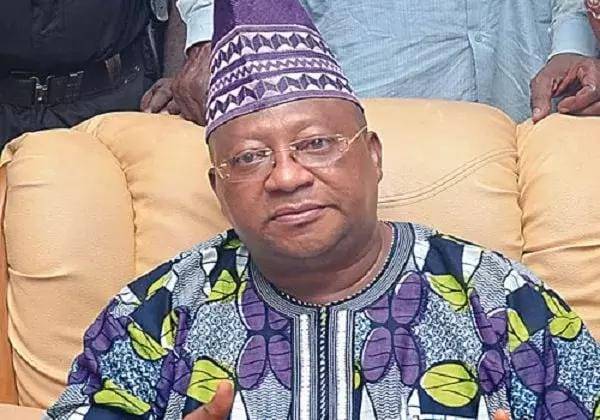 The family of the late Senator, who represented Osun West, Isiaka Adeleke, has accused the state government of politicizing his death.

Dele Adeleke, the spokesperson for the family, made the allegations while addressing journalists at their country home in Ede town on Wednesday.

They believe that the sudden arraignment of the Nurse (Alfred Aderibigbe), who allegedly administered the drug overdose, was an indication that the government was planning to cover up the truth behind his death.

Dele also accused the government of failing to disclose details of the autopsy report carried out on the late lawmaker.

“We are all aware that the Osun State Government set up a Coroner’s inquest which sat from the 8th of May, 2017 and recommended the prosecution of Mr Alfred Aderibigbe who was the Nurse alleged to have administered drugs on Senator Isiaka Adeleke.

“The Nurse has been roaming the streets freely and undisturbed. The government did not consider it necessary nor important to make available to the family the details of the report of the autopsy conducted on our late brother as well as the detailed report of the coroner’s inquest.

“We have had to resort to getting information from the media just like every other member of the public as if we are not a related party.

“The family is concerned about the further politicisation of demise of Alhaji Isiaka Adeleke especially with the timing of the sudden interest in the matter after over a year of inaction on the part of Osun state government more so that elections to change the mantle of leadership of the state is so close,” the family said.

The family also called on the judiciary to do all it could to ensure justice for the dead.

“There is also a growing suspicion that the recent ”arrangement” of the Rauf Aregbesola government is to achieve the ultimate goal of a grand cover-up of the truth behind the death of Alhaji Isiaka.

“The General public is hereby enjoined to help us ask the government why the inaction for over a year? Why the publicity around the arrest and prosecution? The public is hereby put on notice to be vigilant of the manipulative moves of this highly discredited and unfavoured Rauf Aregbesola administration.

“As law abiding citizen the family cannot interfere with the judicial process that has recently commended, but we do sincerely pray that the judiciary; the last hope of the common man and only hope for Justice for the deceased, will rise to her noble calling to serve justice without fear or favour.

“We will be sending the family lawyer to observe the proceedings in court as it progresses,” Dele added.