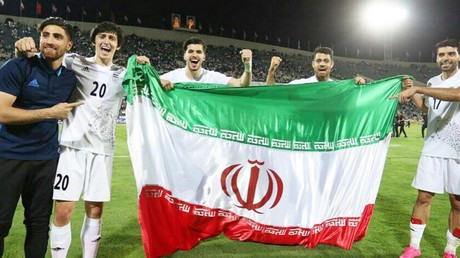 Marcello Lippi’s China were within reach of only their second win in Group A when Al Salih curled home a free kick in injury time to leave the scores at 2-2.

With only two games left, China face the unlikely prospect of making up six points and four goals in goal-difference to snatch third place and a playoff spot in Group A.

Japan were also stunned by a late equaliser from Iraq as they drew 1-1 and failed to establish a cushion from their rivals Saudi Arabia and Australia at the top of Group B.

The Blue Samurai seemed to be cruising to victory in neutral Tehran after Yuya Osako’s first-half goal, before the 164cm (5ft 4in) Mahdi Kamil poached the equaliser on 73 minutes.

Japan lie just one point ahead of both Saudi Arabia and Australia, their final two opponents in what is shaping up to be a blockbuster finish to Group B.

Only the top two teams from each of Group A and B qualify automatically for next year’s World Cup in Russia, while the third-placed sides go into a playoff series.

In a night of late equalisers, the United Arab Emirates were the beneficiaries of a stoppage-time strike which at least postponed their elimination.

The UAE were seconds from dropping out of the running for Russia 2018 when Ali Mabkhout scored from close range in the third minute of added time.

It means UAE are mathematically capable of securing third place in Group B, but like China they need big wins in their last two games and for other results to go their way.

China have only ever reached one World Cup, in 2002, but their national and domestic set-up has been energised by official proclamations about hosting and winning the tournament.

But Salih, who had complained bitterly that China’s penalty was soft, stepped up in injury time to place his free kick past goalkeeper Zeng Cheng and earn a point for Syria.

Japan remain well placed in Group A but they will be kicking themselves after letting victory slip through their fingers against Iraq.

Japan were looking comfortable with 17 minutes left but after Alaa Abdul Zahra’s slalom run into the box the ball bounced to Kamil, who gratefully slammed it home.

So far, Iran are the only Asian side to confirm their place in Russia, although South Korea can take a big step towards joining them if they beat Qatar later on Tuesday.