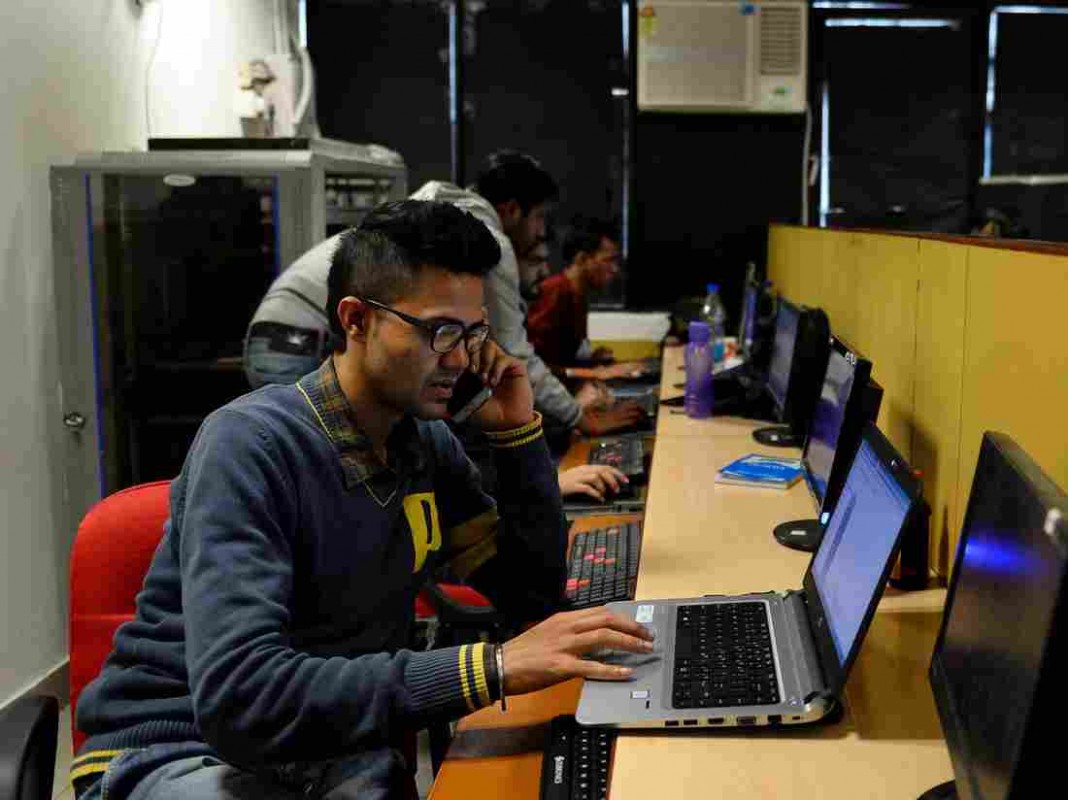 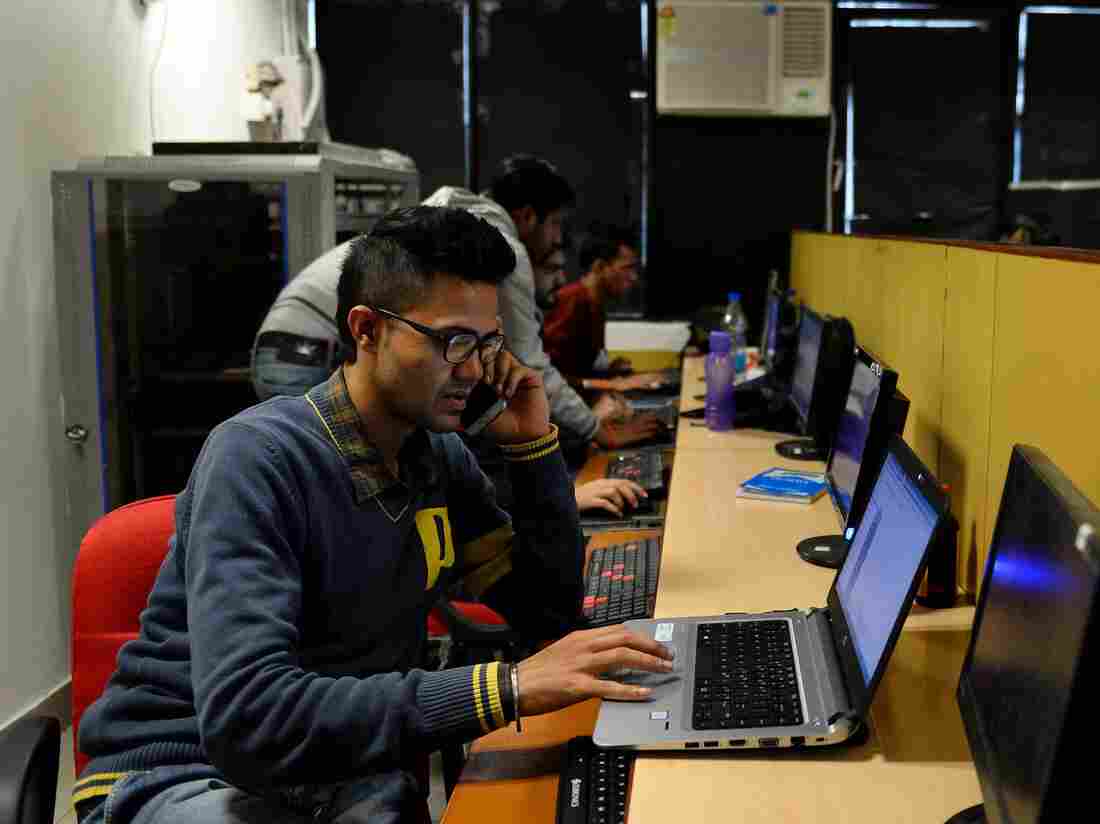 Madeshwaran Subramani is the human face of IT disruption in India. He recalls being recently summoned to the HR office of his employer in southern city of Coimbatore at 11 a.m. By noon, the 29-year-old software engineer was out of a job. He worked for Cognizant Technology, a U.S.-based firm with offices in India.

“They give only two options,” explained Subramani: Leave immediately and take four months’ pay, or stick around another 60 days and leave with two months’ salary. Subramani, who has a mortgage and a child, says he was given one hour to choose. He’d been with Cognizant since graduating from college.

“Nearly eight years’ experience [as an] associate,” Subramani says wistfully. “Within one hour everything is over.”

He walked out and, days later, was ferrying customers in his car, which he turned into a taxi.

India is capping unprecedented success and expansion in its IT sector with something equally unprecedented: layoffs.

For decades India’s IT talent has maintained the world’s computers, databases and back offices. But new technologies are overtaking that old business model, and India’s tech giants are scrambling to keep pace.

For 20 years, the nation’s lucrative business model revolved around the idea that you can move work to low-cost locations, such as India.

These companies don’t only face the issue of retraining people, they face a fundamentally different change in their business model — how they make money — and it’s going to cause them a lot of pain.

These technologies require highly advanced skills, and to be competitive, India’s IT firms will have to either replace or reskill their workers.

But, Bendor-Samuel says, “a significant proportion, perhaps as much as half, will struggle with their training.”

Bendor-Samuel says 20,000 employees in India’s 4-million-strong IT sector lost their jobs this year, and he predicts that will accelerate to hundreds of thousands of layoffs over the next few years.

“These companies don’t only face the issue of retraining people, they face a fundamentally different change in their business model — how they make money — and it’s going to cause them a lot of pain,” he says.

India’s tech industry isn’t the only one affected, says Phil Fersht, CEO of the research and analysis firm HfS in Cambridge, England.

“This is a global problem where there’s less need for routine transactional employees, he says. “And unfortunately for India their IT industry is caught up in this inflection point and this [long-term] shift.”

But R. Chandrashekhar, president of India’s National Association of Software and Services Companies, says it’s not as if all the jobs that were previously there “have suddenly gone out of fashion.”

“That’s certainly not the case. These are shifts that are taking place and they are taking place incrementally,” Chandrashekhar says. Tech firms are “aggressively” retraining staff, he says. 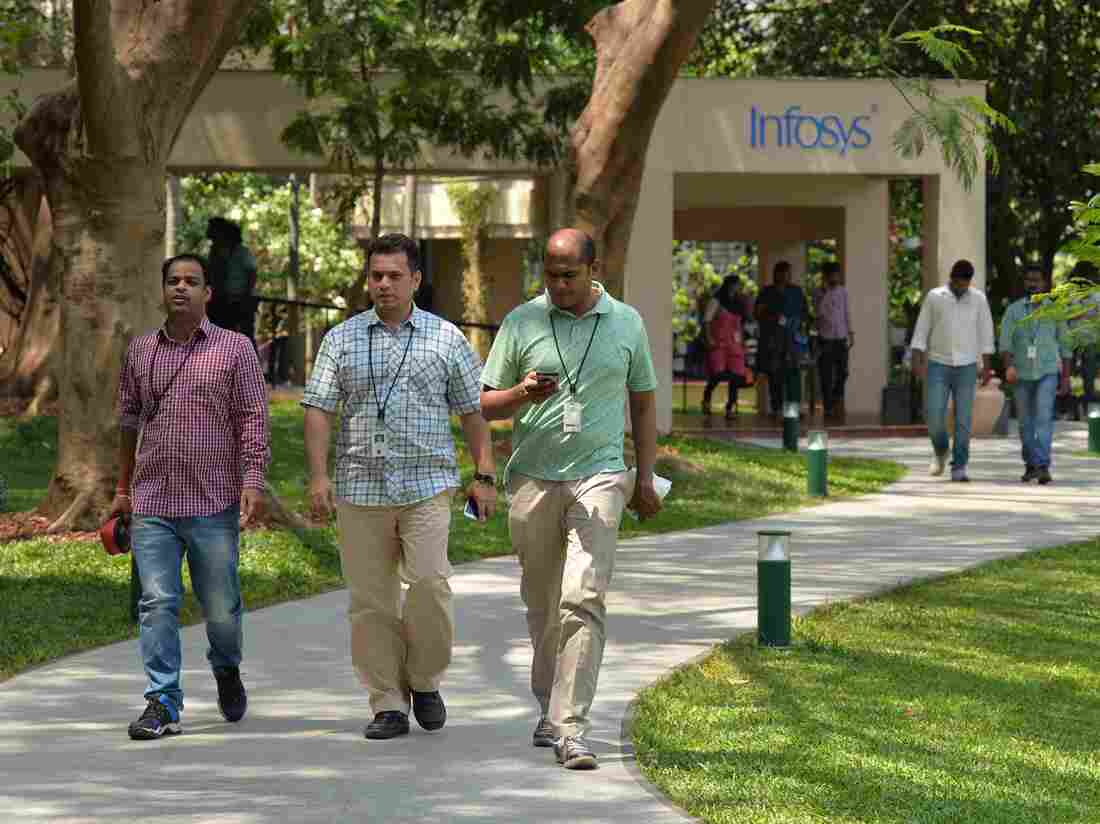 Employees of Infosys Technologies walk on the campus of the company’s headquarters in Bangalore, India, on April 13. Manjunath Kiran/AFP/Getty Images hide caption

Employees of Infosys Technologies walk on the campus of the company’s headquarters in Bangalore, India, on April 13.

Meanwhile, Indian IT giants including Infosys deny layoffs are occurring, and say dismissals are nothing more than the result of annual performance reviews. But Fersht says the industry is being disingenuous, “because there are layoffs happening.”

“We know about them. There is no sugarcoating this,” he says. “But what’s happening is that the leading Indian IT services firms want to maintain their very, very healthy profits and to do this, they want to reduce their reliance on labor.”

“Without the IT industry,” he says, “we would not have built such a huge middle class in India.” And, Lakshmikanth says, it’s not just software engineers getting pink slips. He says senior managers have come to him after “voluntary separation” from their companies.

Analysts agree that traditional tech firms are at a disadvantage, competing with startups that are nimble and better positioned to innovate the new technologies customers want.

Bendor-Samuel says in this new transition, India’s IT firms are not likely to replicate the phenomenal success they have had as the world’s “back office.”

“They are relentless competitors,” he says. “But they are moving from a world where they had the wind behind them to where they have the wind against them, and that’s a very different world.”