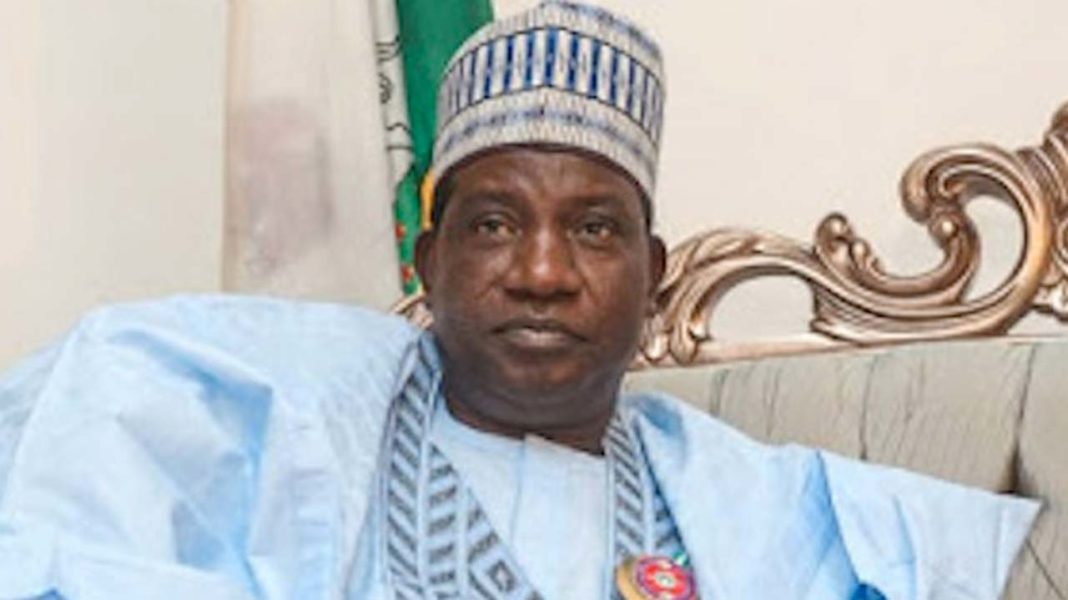 Barely 48 hours after Governor Simon Lalong visited some communities which had been vacated by its inhabitants as a result of the attacks by suspected herdsmen a few months ago, the opposition Peoples Democratic Party in Plateau State has described the visit as a “shameful display of desperation” to continue in office beyond 2019.

It would be recalled that over 200 persons were killed and over 38, 000 were displaced from their ancestral homes when suspected herdsmen attacked some communities in the state on June 23 and 24, 2018.

The Party through its Publicity Secretary in Plateau State, John Akans said, “The Peoples Democratic Party notes with sadness the shameful display of desperation by Governor Lalong to continue his bad and incompetent leadership beyond May 29, 2019.

Akans said, “It is most disgraceful and unfortunate that five months after the gruesome massacre of hundreds of people and the destruction of their homes, as well as forceful occupation of their villages and towns under the watch of the APC government, it is only now that our dear governor would be visiting one of the many scenes of this dastardly crime.

“Of course, he had to drive through deserted routes and abandoned but annexed villages because the surviving victims are largely in Internally Displaced Camps or with relations.

According to him, “It does appear he went to Gashish only to answer ‘Present’ as only unmarked and mass graves of the victims gave him a rebuking welcome. And it is in such errie environment that Governor Lalong would start his nauseating campaign for a return to office. Incredible Lalong!

“How could he have stood on the graves of these people and hoped that he could still have their support? He asked

“Have their killers been arrested? Or was he taking condolence messages to the dead and deserted homes? He further asked.

“But then, by his undemocratic and incompetent leadership style, Governor Lalong has simply moved from being a protector and shield of the people to becoming Mourner In-Chief of the Innocent people of Plateau.

“Lalong would not even condemn the acts of sustained and bloody terror against his people; he would not even stay at home and mourn with his people in their critical moments; He relished instead in gallivanting and playing the Executive Personal Assistant in the Presidential Villa in Abuja – and he expects anyone to take him seriously? He lamented.

“Where is his sense of constitutional responsibility and commitment to Plateau which he swore to uphold in May 2015? Is everything simply fair to Lalong because he wants to return to Government House in 2019?

“Is he really totally devoid of any form of compassion, and thus turning a preventable tragedy into a political opportunity?

The PDP chieftain said, as a party, it envisages a Plateau where peace reigns; where there is security of life and property, and where there is credible action on issues and not merely paying lip service to governance.

“A serious government that stands for the people would have already at this time of its tenure implemented reforms that address the security, poverty, hunger and other challenges facing the people”, he stressed.

Governor Lalong had on Wednesday said when he inspected the site of the proposed Mobile Police Squadron in one of the affected communities (Gashish District) of Barkin Ladi LGA of the State, that those who forcefully annexed ancestral homes and villages of Plateau people would soon be forced out.

DAILY POST reports that the attackers now occupy the communities and have taken over the houses, lands, livestock and economic trees of the victims.

But an angry Lalong told the “foreign” occupants that they would soon be pushed out.

“Nobody will take the land from the original owners. If you are occupying somebody’s land or house, know that you are living on borrowed time.

“It is not a matter of choice, you will be forced out soon”, he stressed.

“This is not just in Gashish; it will cover the entire state. We will not allow anybody to take over another person’s property,” he declared.

He advised the illegal occupants of the houses to vacate them, saying that government would restore peace and resettle displaced persons to their original places.

He, however, implored the people to learn to live in peace with one another, saying that government’s efforts would amount to nothing if the people would not embrace peace.