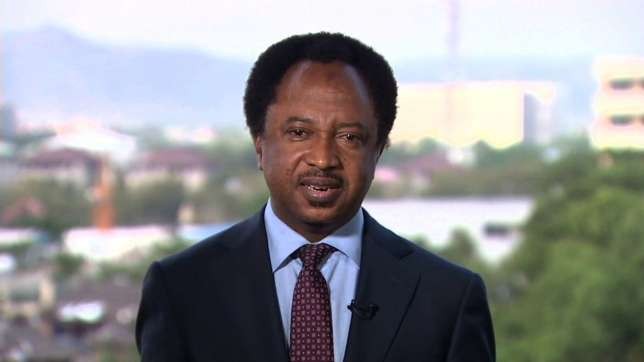 Senators want to punish or suspend Sen Sani for running his mouth about what lawmakers earn. It will be a big mistake if they do.

Senator Shehu Sani who represents Kaduna Central in the upper legislative chamber, is in a very bad place at the moment. Sani revealed that a senator of the federal republic of Nigeria takes home N13.5million monthly (running cost) and N200million (constituency allowance).

All of this is aside his basic salary.

It was a disclosure that caused quite a stir in a country where 80 percent of the population live below the poverty line.

“The revelations by Senator Sani should therefore provide an opportunity for the Nigerian people to review the entire costs of governance under the rickety democratic dispensation”, wrote human rights lawyer, Femi Falana.

For years, Nigerians have been railing against the jumbo pay of lawmakers. The figures have remained in the realm of speculation and have varied depending on who is doing the revelation.

This is the first time in recent memory that a serving lawmaker would go on the record with details of emoluments for the legislative arm of government.

But the senate says Sani has said nothing new.

“The figure Senator Shehu Sani gave out about the running costs of the offices of Senators were contained in the various line items and expenditure heads of the budget of the National Assembly which has been made public”, the Senate said in a statement, Sunday.

“Almost all holders of elective and appointive offices have running costs allocated to their offices and that cannot be said to be part of their salaries”, the statement added.

Days after Sani’s revelations, an online news platform reported that there were plans to make Sani pay for snitching.

According to the story, Sani could be suspended from the senate or kept out of future meetings where matters of national importance are discussed.

Premium Times had written that: “Part of the punishment the angry lawmakers are considering is to pressure the Senate President, Bukola Saraki, to exclude Mr. Sani from subsequent ‘secret meetings’ of the senate.

“They plan to prevail on Mr. Saraki to stop inviting him for such meetings, especially those where finances might be discussed.

“The lawmakers are also weighing the option of recommending a probe of the whistle-blower to Mr. Saraki.

For them, Mr. Sani would have to explain why he turned himself to the senate spokesperson, speaking on behalf of others.

“Sani would be investigated by the senate’s ethics committee which shall recommend a punishment.

“But some lawmakers are cautioning against any open rebuke of the senator, saying that might generate even more public anger against the senate and its members”.

Falana has warned against Sani’s victimization.

“Sadly, it has been reported in the press that there are moves in the Senate to place Senator Shehu Sani on indefinite suspension for spilling the beans on the payment of the illegal salaries and allowances to federal legislators.

“Having discharged a public duty by blowing the whistle on a matter of crucial national importance, all lovers of democracy and public accountability in Nigeria should rally round the Senator by ensuring that he is not harassed for exercising his constitutionally guaranteed fundamental right to freedom of expression”, Falana said.

The senate has denied that it will punish Sani for running his mouth.

Senate spokesperson Sabi Abdullahi has “dismissed insinuations that Senator Sani’s colleagues were unhappy with him”.

It will be a big mistake if Sani is victimized for commenting on a subject of national importance. There’s some precedence here, remember:

Senator Ali Ndume bagged a six month suspension over a senate bullet proof vehicle that was being held by Customs; and House of Reps member Abdulmumin Jibrin is serving a perpetual suspension for accusing presiding officers of budget padding.

You could smell the sword dangling over Sani. But the senate would be shooting itself in the foot if it shows its hand so brazenly. The people could turn against the legislature in a manner that hasn’t been done before if Sani is overtly or covertly punished. If Sani hasn’t said anything new, then no one should go after him. It’s only fair.

As Falana noted, it is time for us to interrogate our very expensive democracy and prune down costs where applicable. This isn’t a time to kill the messenger. It’s a time to imbibe and implement the message.