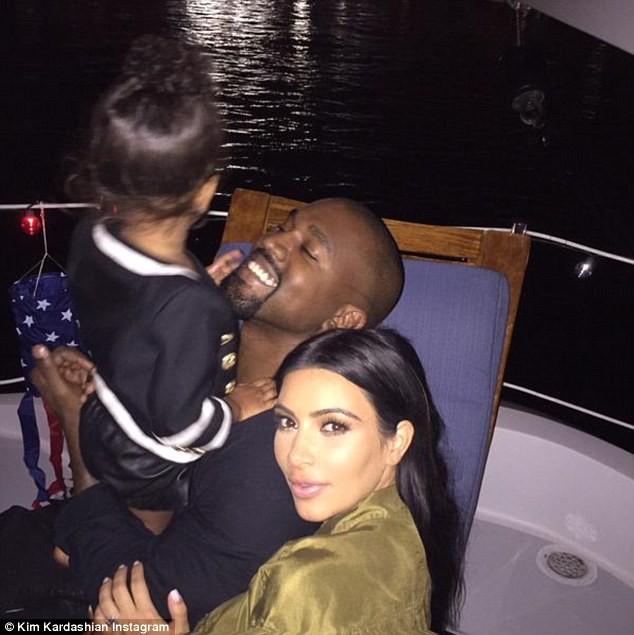 Kim Kardashian and Kanye West are ready to take the Disneyland Resort.

Just days before celebrating their three-year wedding anniversary, the Hollywood couple traveled to Anaheim for a family day at the Happiest Place on Earth.

In several pictures posted onto social media, fans were able to spot the family with daughter North West traveling throughout the park.

“We were in Toontown and they were entering the Gadget’s Go Coaster through the exit,” an eyewitness shared with E! News. “They were just enjoying time as a family.”

Kanye was spotted wearing blue sweatpants and a denim jacket. As for Kim, she went casual with a tank-top and plaid jacket wrapped around her waist.

Other parkgoers spotted the family in line for It’s A Small World and exploring Fantasyland with Kourtney Kardashian‘s kids Penelope Disick and Mason Disick.

The family outing comes after Kanye recently spent time at the Amangani Resort in Jackson Hole. According to a source, the rapper was in town and focused on recording his album.

Ultimately, the Grammy winner has been back in Los Angeles and is ready to celebrate another anniversary with his leading lady.

In fact, the pair is hoping to expand their family in the next year of marriage.

“I’m going to try to have one more baby,” Kim shared on a recent episode of Keeping Up With the Kardashians. “I want my kids to have siblings but the doctors don’t feel like it’s safe for me.”

Kourtney would later offer to be a surrogate for her sister’s third child if the situation presents itself.

“I love being a mom!” Kim recently shared. “It’s the most rewarding feeling! I really love every phase! Just the way my daughter laughs with me, all of the small things in life you appreciate!”