Keith Morrison: 25 Things You Don’t Know About Me! 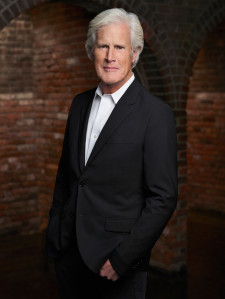 Keith Morrison exclusively dished 25 things you might know about him — including how his favorite hobby almost cost him a finger, the time he met Lady Gaga and a shocking personality trait. Read on to learn more about the Dateline correspondent.

1. I get a bit sad when breakfast is over. Oatmeal with blueberries is a super comfort food.

2. I’m shy to a fault — and very nervous when speaking to a live audience. It’s just different from being on TV. Go figure.

3. I was “Premier” in a Canadian mock parliament the same year I flunked out of college. I loved politics! Studying, not so much.

4. The first time I saw my wife [Suzanne Perry] was on TV, as she accompanied her boss — Canada’s first Prime Minister Trudeau — to some meeting. I knew pretty much right then.

6. I own far too many pairs of Converse sneakers.

8. I used to like woodworking. Bad idea. While helping my wife with a construction project, I sliced off my left thumb.

9. An expert surgeon rebuilt the thing — did the best anyone could — and my giant white bandage gave a new look to my newscasts.

10. My mantra is “Understand but do not judge.” Easier said than done.

11. Few things are sweeter than a morning walk with my wife and our goldendoodle.

12. Being interviewed by Dax Shepard and Kristen Bell comes pretty close, though.

13. I’m afraid of big roller coasters. During Dateline’s pre-true-crime era, guess who was assigned to ride and report on them?

14. I once appeared on an episode of Blossom as a TV host covering Blossom’s run for student president.

‘Ghostwriter’, ‘Roundhouse’ and More ‘90s Shows You Used to Love Growing Up But Probably Forgot About

15. I loved doing stories about animals during Dateline’s early days. They’re fascinating and live far richer lives than we give them credit for.

16. I once enjoyed calligraphy. Then that thumb thing … Now my scrawl is barely legible.

17. I’ve learned that most people are warm, friendly and often generous.

20. My only black leather jacket was a gift from my daughter Emily. It’s one of a kind.

21. It was a very strange experience to discover Bill Hader was doing a wickedly funny parody of me [on Saturday Night Live]. I was flattered and embarrassed at the same time.

22. For years, I wondered what I’d say if I ever ran into him. Meeting him was a thrill. Turns out, he was wondering the same thing.

24. I was tongue-tied when I met Lady Gaga at a fundraiser before A Star Is Born. She sang “La Vie en Rose.” I’m told Bradley Cooper was in the audience.

25. One of my favorite lines is by Dr. Seuss in Horton Hears a Who!: “A person’s a person, no matter how small.”