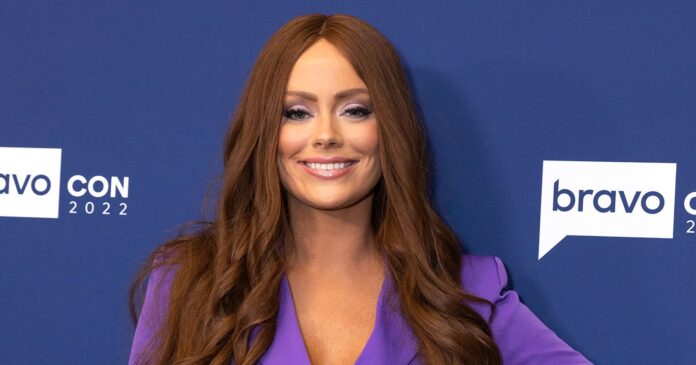 All good things must come to an end. Kathryn Dennis revealed she is leaving Southern Charm after eight seasons.

“What a wild ride it’s been!” Dennis, 31, told People in a statement on Wednesday, January 11. “Can you believe I was 21 when I first started filming Southern Charm, back in its first season? That was in 2013, and in the decade that followed, it’s safe to say my life changed in ways I could never imagine. It hasn’t always been easy, but I’m so lucky to have had reality cameras there, capturing so many moments that I’ll never forget (and a few, even, that I’d like to).”

The model, who has been part cast since the show’s inception in 2014, thanked fans for watching her “grow up” and become a “mom to two amazing children and build friendships I’ll always treasure.” Dennis shares daughter Kensington Calhoun, 8, and son Saint Julian, 6, with former castmate Thomas Ravenel, who appeared on seasons 1 through 6 of the reality series before exiting amid sexual assault allegations. The former politician settled the lawsuit filed against him in 2019. (Ravenel, 60, also shares son Jonathan, 2, with ex Heather Mascoe.)

She continued, “Through it all, the love y’all have shown for me not only gave me the strength I needed to tackle it all, but helped me realize that I wasn’t alone. I’m so grateful. “I’ll be carrying that love with me as I enter this next chapter of my life, away from the Southern Charm lens. I’m thankful for Bravo, the producers at Haymaker and my Charleston cast mates for everything.”

The South Carolina native explained that while she’ll miss her time on the hit Bravo series, she is excited to see what the next chapter might bring. “If it’s anything like the last decade, it’ll be a memorable ride. LFG [let’s f–king go],” she concluded her statement.

News of Dennis’ exit comes one day after Deadline reported that she would be billed as a guest star on Southern Charm’s upcoming ninth season. The mom of two initially began the series as a part-time cast member but was upgraded to series regular in season 2 after she and Ravenel sparked a romance.

Season 8 of the show followed Dennis’ latest relationship with now-ex Chleb Ravenell. The pair were first linked in 2020 but called it quits during production.

“Every time we would film, it’d just be an argument,” Ravenell, 34, exclusively told Us Weekly in July 2022 about watching their romance and breakup on the show. “It was getting petty. So we were just like, ‘You know what? We should just break this off.’”