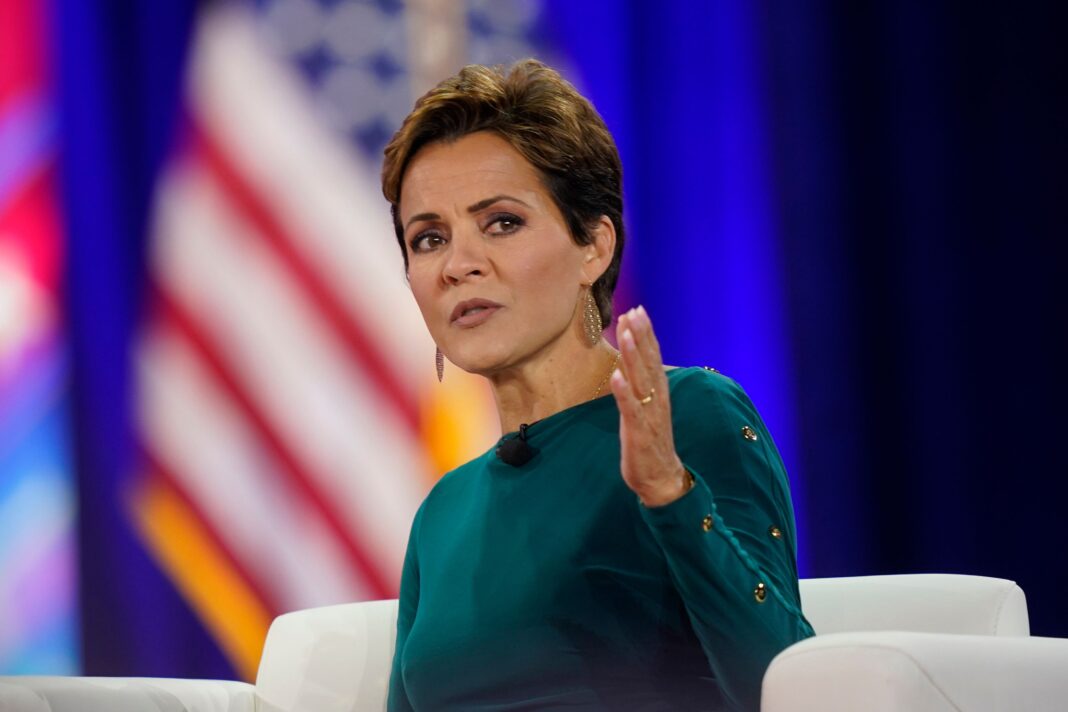 Kari Lake, the Republican nominee for Arizona governor in next week’s election, accused the “fake news media” of distorting her joke about a hammer-wielding home invader’s attack on House Speaker Nancy Pelosi’s husband.

“Nancy Pelosi, well, she’s got protection when she’s in D.C. — apparently her house doesn’t have a lot of protection,” Lake said, drawing laughs from the crowd and the moderator.

In an interview with the Daily Mail on Tuesday, Lake accused “the fake media” of “editing” her comments to twist them.

“I never made light of the attack,” she told the outlet after an event in Chandler, Arizona.

Lake, a former TV news anchor, has been campaigning as an extremist endorsed by former President Donald Trump, who has pushed GOP-led conspiracy theories about the Pelosi break-in. She claimed her comment about the House speaker’s protection was intended as a broader point about security.

Lake continued: “Go back and look at the tape and don’t do any creative editing, like the fake media tends to do, and you’ll see what I was saying.”

Nancy Pelosi was in Washington when her husband was attacked in their San Francisco home. Capitol Police security cameras inside the home captured the break-in, but no one was monitoring them at the time.

The suspect shouted “Where is Nancy?” during the attack, according to police, and intended to kidnap her and “break her kneecaps.” He also planned to target other lawmakers.

Also read: Overseas Virtual Assistants Are Rapidly Expanding Their Roles In The Workplace, According To BruntWork’s CEO Winston Ong

Virginia Gov. Glenn Youngkin (R) walked back his distasteful joke about the assault, telling Punchbowl News: “I really wanted to express the fact that what happened to Speaker Pelosi’s husband was atrocious. And I didn’t do a great job.”