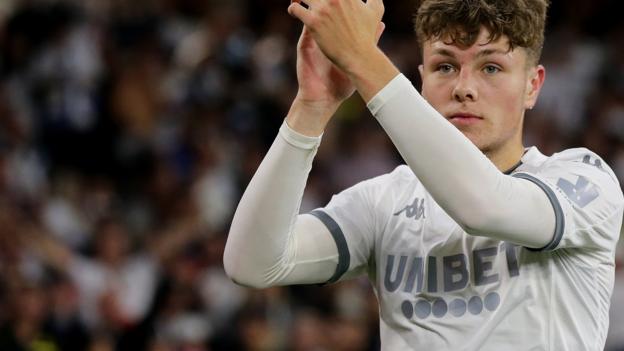 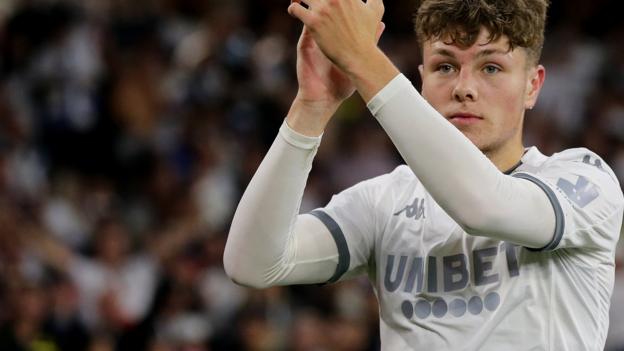 Leeds’ Jordan Stevens has been banned from all football-related activity for six weeks for breaking Football Association betting rules, a punishment his club has called “disproportionate”.

The midfielder, 19, admitted a charge of placing 59 bets last season, five on matches involving the Whites.

Stevens will be suspended until 10 October and has also been fined £1,200.

“We are hugely disappointed in the FA’s choice of sanction,” said Leeds chief executive Angus Kinnear.

“To prevent a young footballer from taking part in any football activities at such a critical period of his career is a disproportionate punishment following a foolish mistake from a young player.

“We are particularly disappointed that the sanction was determined by two former professional footballers who we hoped would have had a better understanding of the impact of their decision.”

Stevens, who was signed from Forest Green in February 2018, has made one first-team appearance since arriving at Elland Road.

While an independent commission said the £510.12 total staked was “modest” – with Stevens not playing in any of the Leeds game he bet on – they said he showed a “wilful disregard for the rules” by continuing to bet after an FA education presentation, at which the rules were discussed.

Two of Stevens’ bets on Leeds – on both teams to score twice – were seen as the most serious, carrying a maximum “sporting sanction” of 12 months.

A witness statement from Rob Price, head of performance and medicine at the club, said Stevens had “struggled to integrate himself” at Leeds, with emphasis on his difficulties with boredom, homesickness and anxiety.

“We will support Jordan through this process, he is a young footballer who needs educating on the dangers of outside influences and how to conduct himself as a professional footballer,” the club added.

“As a club we feel that banning a 19-year-old footballer from even participating in training or interacting with the club’s staff is an excessive punishment.”