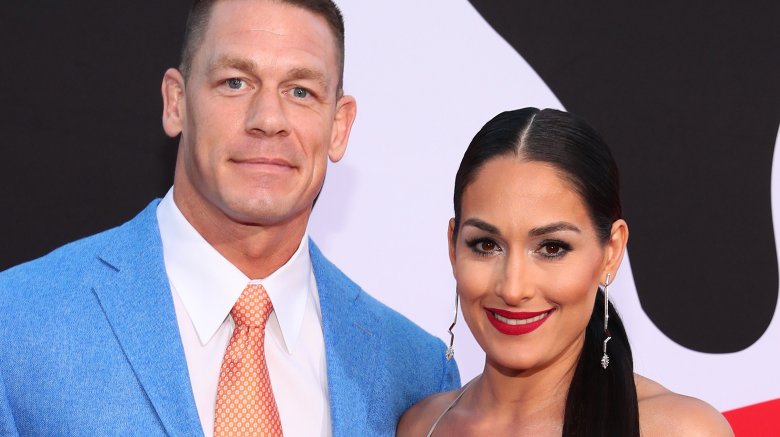 John Cena and Nikki Bella are moving forward together.

On Friday, Jun 1, 2018, the WWE stars took to social media to share optimistic messages with their followers after getting back together late last week. The couple had called it quits in mid-April.

“Storms don’t last forever,” Bella shared in a text-post on Instagram. Meanwhile, Cena tweeted, “Being accountable is a great way to face who you are. We often speak of aspiration and quickly point out the faults of others, yet fail to heed our words or be brave enough to be accountable for our own faults.”

As Nicki Swift previously reported, Cena, 41, and Bella, 34, officially revealed that they were working things out on Thursday, May 31. “Nikki Bella and John Cena are working on their relationship and taking it day by day,” a rep for the Total Bellas star told Entertainment Tonight at the time. “They appreciate all of their fans and their continued support.”

The pair shocked fans when they announced their breakup after six years together on April 15, 2018 — just three weeks ahead of their planned nuptials. “While this decision was a difficult one, we continue to have a great deal of love and respect for one another,” the two, who got engaged at WrestleMania 33 in April 2017, said in a joint statement at the time. “We ask that you respect our privacy during this time in our lives.”

Weeks after their split, Cena made headlines when he professed his love for his ex-fiancée and said he’d changed his mind about not wanting to start a family. “It’s been very difficult. I had my heart broken out of nowhere,” the Blockers star said during a candid Today show interview. He added, “I still love Nicole. I would still love to marry Nicole. I still would love to have a family with Nicole.”

Bella later told ET that Cena was the “love of [her] life,” adding, “I truly hope one day that we can work it out and get back together. I think there is hope.”

It wasn’t long before the couple sparked rumors of their rekindled romance after they were spotted out on a walk together in San Diego, marking their first joint appearance in public following their split.