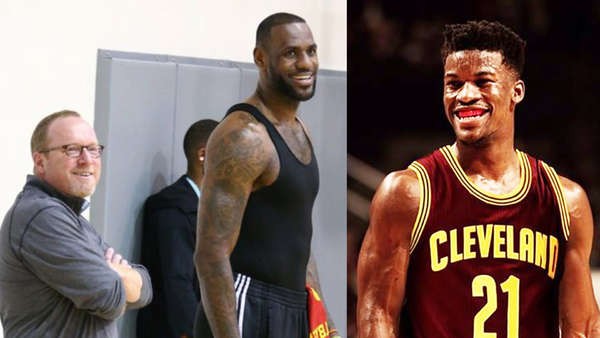 After spending the first six seasons of his career in Chicago, Jimmy Butler was traded to the Minnesota Timberwolves during Thursday’s draft as part of a mega-deal.

Butler vented some frustration about how the organization handled the move, but it’s clear his passion for the city that watched him grow as a 21-year-old rookie to a three-time All-Star still holds strong.

The former Bulls star delivered a genuine tribute on Instagram to the fans, city and organization less than 24 hours after the trade was done.

Chicago, What can I say?! I truly struggle with the words because you’ve been so much more than just my home for the last 6 years, you’ve been my life! You’ve embraced me like a son and pushed me to get better every day, every season. I can honestly say that I have always been incredibly motivated to succeed; it’s just the way I’m built. But I know I owe so much to the person I am now, and to the player that I’ve become, to you. You always pushed me to never give anything less than my absolute best night in, night out. That’s what you expected. That’s what you deserved. And, I hope you know that’s what I dedicated my life to every time I walked into the facility or stepped on the floor of the United Center. Thank you to the entire Bulls organization and Reinsdorf Family for taking a chance on me in 2011 and for giving me the opportunity to play the sport I love for such a great franchise. I’ll never forget the feeling I had when I was drafted and when I played my first minutes. It’s an experience that I wouldn’t have wanted with any other team and I’m so thankful to you for giving me that opportunity. Chicago, I love you. Thanks for embracing a kid from Tomball like one of your own. On to a new home and a new organization. Thankfully, with some familiar faces! PS… AND PROBABLY MOST IMPORTANT! THANK YOU TO EVERYBODY BEHIND THE ORGANIZATION THAT DO NOT GET THE SHINE THAT THEY DESERVE!! YALL ARE THE REAL ALL-STARS!! – Jimmy G. Buckets (@staceyking21 )