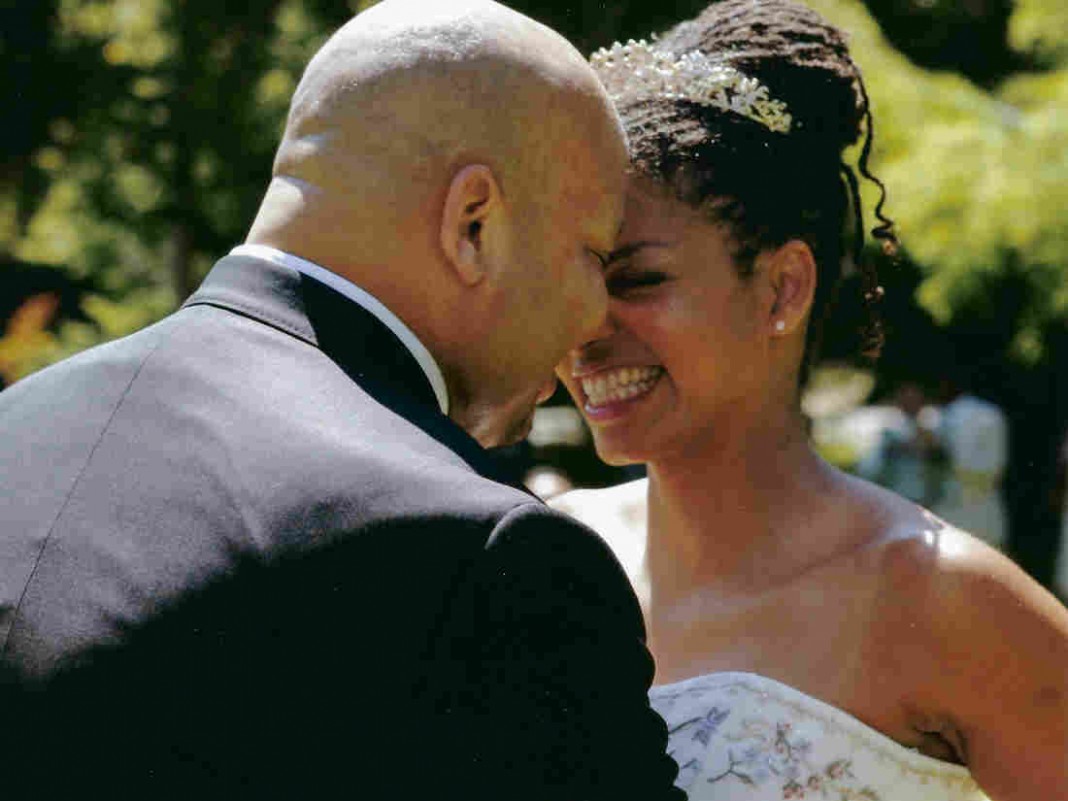 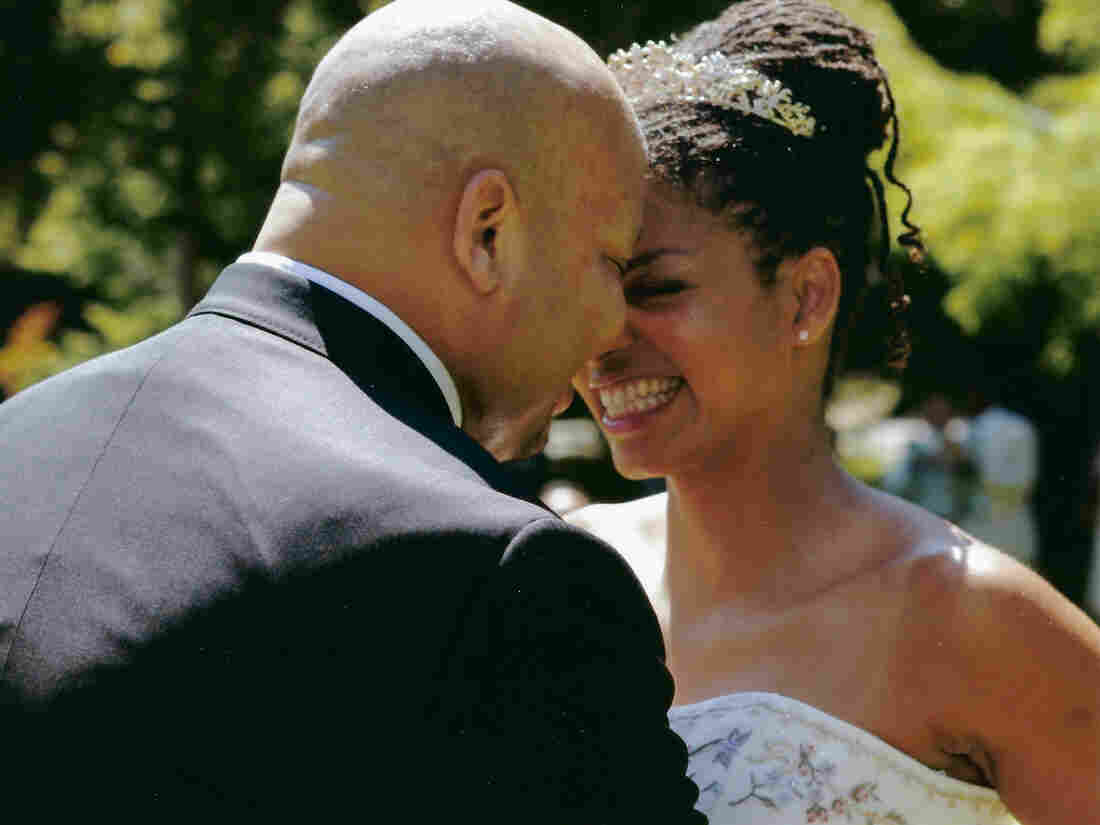 Dr. Vanessa Grubbs and Robert Phillips at their wedding in August 2005. Just a few months earlier, when his kidneys were failing, she gave him one of hers. Courtesy of Vanessa Grubb hide caption

Dr. Vanessa Grubbs and Robert Phillips at their wedding in August 2005. Just a few months earlier, when his kidneys were failing, she gave him one of hers.

While she was a primary care doctor in Oakland, Calif., Dr. Vanessa Grubbs fell in love with a man who had been living with kidney disease since he was a teenager.

Their relationship brought Grubbs face to face with the dilemmas of kidney transplantation — and the racial biases she found to be embedded in the way donated kidneys are allocated. Robert Phillips, who eventually became her husband, had waited years for a transplant; Grubbs ended up donating one of her own kidneys to him. And along the way she found a new calling as a nephrologist — a kidney doctor.

Her candid new memoir, Hundreds of Interlaced Fingers: A Kidney Doctor’s Search for the Perfect Match, explores her personal story and some troubling statistics. Roughly 1 in 3 of the candidates awaiting kidney transplants are African American, Grubbs learned, but they receive only about 1 in 5 of all donated kidneys. White people account for about a third of the candidates awaiting kidney transplants, but they receive every other donated kidney.

Grubbs writes of accompanying Phillips in 2004 to meet with members of the transplantation team — including a doctor, a nurse and a financial counselor — for a routine evaluation and update. After being on the waiting list for a kidney for five years, he had neared the top of the list. 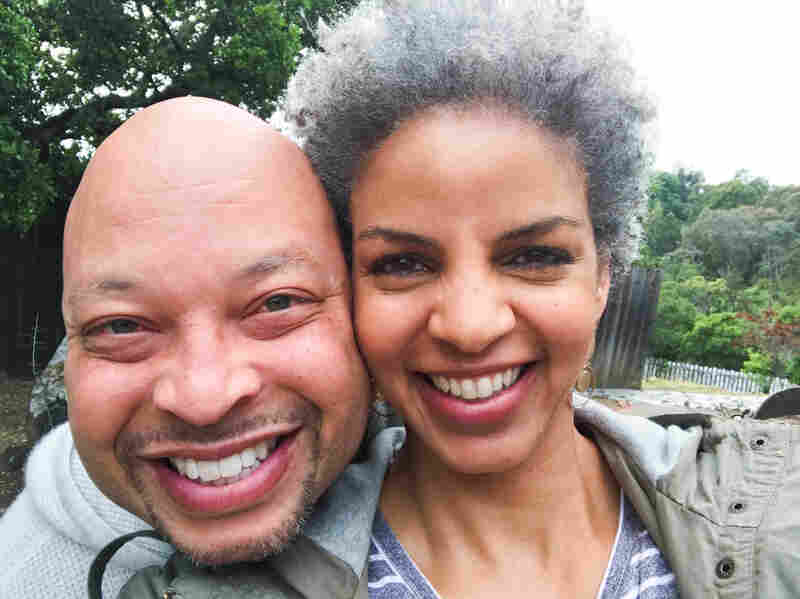 Dr. Vanessa Grubbs was a primary care doctor when she met Robert Phillips. She says seeing how difficult life can be for people with chronic kidney disease was part of what led her to further specialize in nephrology. Courtesy of Vanessa Grubb hide caption

Dr. Vanessa Grubbs was a primary care doctor when she met Robert Phillips. She says seeing how difficult life can be for people with chronic kidney disease was part of what led her to further specialize in nephrology.

“We sat in a clinic exam room listening to a series of people whose job it seemed was to talk Robert out of even wanting a transplant,” Grubbs writes. Such meetings may be meant to make sure patients understand the difficult realities of organ transplantation, she says, but, “… the message we took away was, ‘The kidney transplant system doesn’t like black people.’ “

Grubbs, now a nephrologist at the Zuckerberg San Francisco General Hospital, and assistant professor at the University of California, San Francisco, recently sat down to talk about her experience with NPR.

One of the things you write about in the book is that your colleagues did not appreciate that you published a piece in a health policy magazine — Health Affairs — [detailing the inequities in transplantation]. It was called “Good for Harvest, Bad for Planting.” In fact, you got a lot of blowback that you were not expecting.

You know, I’m from a tiny little town in North Carolina, so maybe I was a bit naïve. Because I honestly thought that people would read this piece from a doctor being surprised at how the system was set up, and that they would take a look at it and be reflective and think about what they might be able to do to make the system at least seem more equitable to people on the outside. But clearly that was a naïve thought, because what ended up happening was that people who were very close to the issue became very angry, and they took it personally.

Why do you think that was?

Many doctors can acknowledge that there are race disparities in health care, that people of color do worse across many areas than white people. But I think most of us tend to think that somebody else is responsible for it. So for them, it meant that I was pointing the finger at them. And I think the unfortunate thing that we tend to do is, when we are associated with a bad thing, we spend our time trying to disassociate ourselves from that bad thing, rather than spending our energy in acknowledging that this is a bad thing and we should all work together to try to make it better. 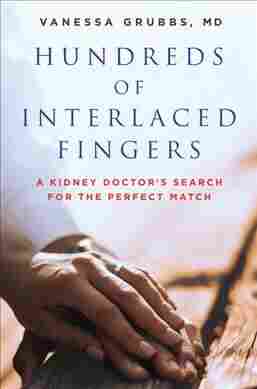 And then, you go down the list of common assumptions, and you prove that they are not true. For example, you say it is an assumption that African Americans or blacks don’t donate enough organs. That’s not true. And you also say that even if that were true, anti-rejection drugs are now so effective that gene matching hasn’t been recommended [for transplanted kidneys] since 2002. So what is the deal? Why is it that African Americans are, as you put it, “good for harvest but not for planting?” What conclusion did you come to?

In addition to being inspired to be Robert’s donor, eventually I decided to become a nephrologist — really in an effort to do something for everyone else … to try to do research into the area. And being in nephrology really opened my eyes to just how big the problem is throughout the system. The problems starts way before a person gets to transplant. For example, people have to know that they have kidney disease. We know for a fact that most people aren’t aware that they have kidney disease. From there, you have to be in the care of a nephrologist. You can’t get to even the evaluation unless a nephrologist refers you, and you have health insurance that will pay for the evaluation.

Well — spoiler alert — you and your guy Robert are still together?