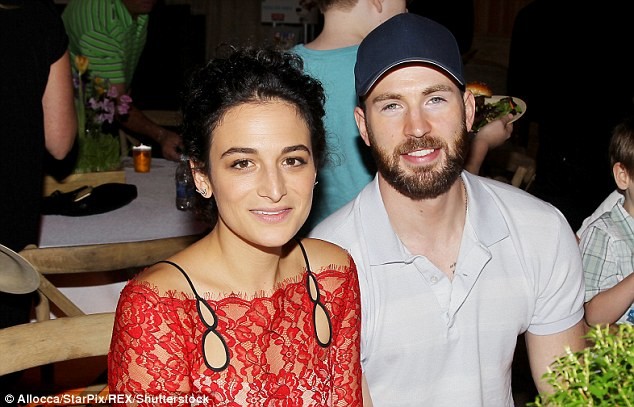 Check out this deleted scene between former flames Chris Evans and Jenny Slate from their drama Gifted, which hit theaters in April.

The film, directed by Marc Webb, follows Frank Adler (Evans) as he tries to take care of his deceased sister’s daughter Mary (Mckenna Grace) in coastal Florida.  In addition to being rather spirited, it turns out that Mary is a gifted student and those special abilities may threaten to take the child prodigy away from her doting uncle after a caring teacher Bonnie (Slate) suggests she go to a special school. Frank’s estranged mother Evelyn (Lindsay Duncan) comes back in the picture and attempts to take the little girl to Massachusetts so that she can have a life completely devoted to math.

In the deleted and rather tense scene, we see Bonnie approach Frank and say, “I came here because I thought you needed a friend.”

Frank retorts, “Just once I wish I could meet a girl who could take a hint.”

“Do you need me to hate you?” says Bonnie. “The truth is you would have been a s–t boyfriend but you are an outstanding dad to that little girl.”

Interestingly enough, Evans was actually her boyfriend. Gifted is the film in which Evans and Slate struck up a nine-month romance that had fans rooting for the All-American star and the quirky girl’s seemingly unlikely match-up.

Before their break up in February, Slate told New York magazine, “To be quite honest, I didn’t think I was his type. Eventually, when it was like, ‘Oh, you have these feelings for me?’, I was looking around like, ‘Is this a prank?'” Slate said. “I mean, I understand why I think I’m beautiful, but if you’ve had a certain lifestyle and I’m a very, very different type of person—I don’t want to be an experiment.”

Gifted is now available on Blu-ray and DVD.