Kevin Hart and Eniko Parrish Vacation Together Following Cheating Rumors: ”Breaking Up Is Not in the Cards” 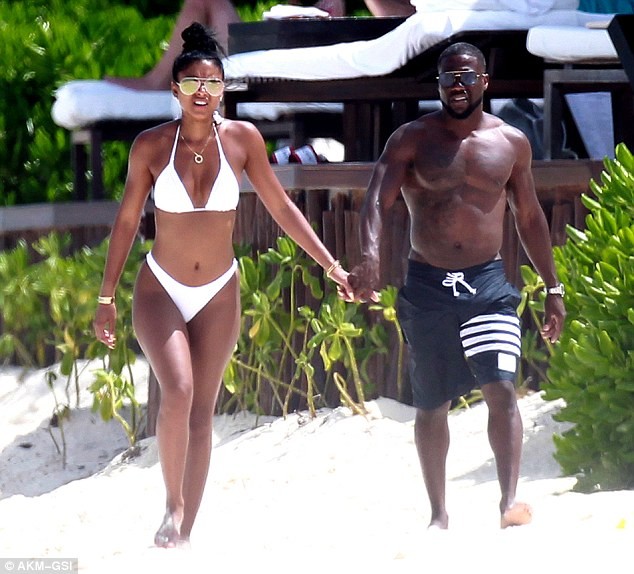 A little less than a week after their relationship was engulfed in cheating rumors, Kevin Hart and Eniko Parrish are proving that they’re doing just fine.

E! News has learned the couple is currently vacationing in Cabo San Lucas, Mexico, together with some close friends.

A source told us, “Kevin and Eniko are on vacation now with some close friends. They both thought it was a good time to get away and relax,” adding, “When everything went down last week Kevin explained to Eniko nothing happened and that he would never cheat on her.”

In case you missed it, photographs of Hart surfaced last week, showing him leaving a Miami nightclub in the backseat of a car with another woman. The pictures caused speculation over whether he was being loyal to his wife, who is six months pregnant with their first child together.

However, Hart took to Instagram to laugh off the rumors and told ET the speculation was “absolutely not true.”

Our source added, “[Eniko] was annoyed and upset by it all…She was not happy with what was shot and how the media exposed him in that light.”

However, we’re told she accepted Hart’s explanation, and their focus moving forward is their baby.

“They are working it out and the main priority for the two is to stay strong and have a healthy baby,” the source said. “Breaking up is not in the cards. That’s Kevin’s ride-or-die lady, always has been and always will [be].”

Meanwhile, Hart and Parrish tied the knot last August during a Santa Barbara, Calif., wedding ceremony. Then, this past Mother’s Day, they announced a baby boy was on the way.

Hart was previously married to Torrei Hart with whom he shares two children, Hendrix and Heaven Hart.