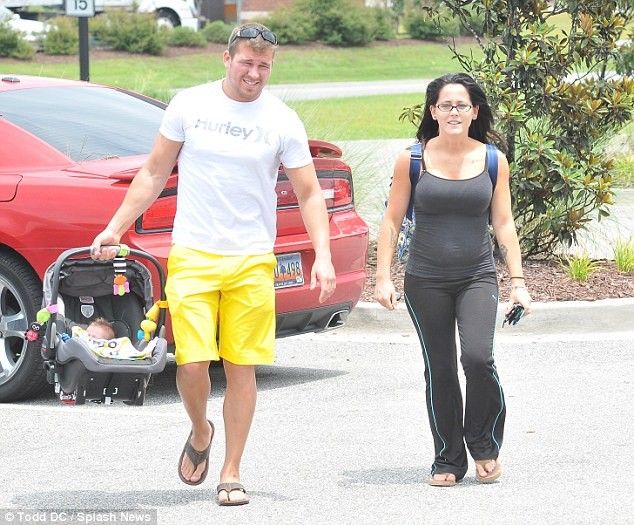 Jenelle Evans and mom Barbara Evans are taking their feud to the parking lot.

Teen Mom 2 fans know that the mother-daughter duo hasn’t been getting along especially during a public custody battle.

On tonight’s all-new episode, however, viewers got a whole new glimpse into some of the disagreements these two share when the kids are close by.

It all started when Jenelle and her fiancé David Eason tried to track down Barbara when she wouldn’t let the duo see Jace.

“She had Jace and I was concerned because she was drinking wine,” Jenelle explained. “The cameras weren’t there so David recorded everything on his phone.”

“I’m not drinking, I’m having dinner with my friends. It’s two different things,” Barbara began to yell into the camera. “David, get this f–king camera off of me! Do you hear me? I’m done.”

Once David suggested that Barbara allow Jace to spend time with himself and Jenelle, things only got worse.

“You know what? This is bulls–t. Why are you doing this? You want to do this in court? You’ll see,” she shared. “Jace will never come with you. You especially. He tells me what you do. He will never go or live in your house ever.”

For better or for worse, this isn’t the last time we’ve seen this family feud explode right in front of our eyes.

“She knows that she’s probably gonna lose Jace and she’s gonna try to get all the time with him that she can, you know, for the next couple of weeks,” David explained after the argument. Jenelle added, “Yah, I think she’s scared.”