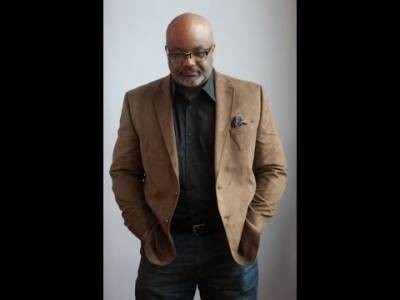 We call this, “The One Where Jay-Z Put a Brand New Spin on Friends.”

The rapper dropped the latest music video off his breakout album 4:44 exclusively on Tidal, this time for “Moonlight.” He enlists plenty of star power for the 6-minute visual, which parodies an episode of the classic sitcom with an entirely African-American cast.

From the intro sequence (colorful umbrellas included) to the goofy dancing and a set that matches Monica’s apartment to a T, there’s not an element of Jay’s music video that doesn’t mirror Friends perfectly.

The visual takes a self-reflective turn about half way through when Carmichael’s character asks to cut and begins questioning his role. Towards the end, audio from the infamous 2017 Oscars’ Best Picture mix-up plays.

Since 4:44‘s highly-anticipated release in late Jue, the rap album continues to dominate the charts and has already gone platinum. Jay-Z is currently preparing to hit the road on his 4:44 North American tour, which is scheduled to start in October and conclude in December.

Watch the visual for “Moonlight” above and tell us in the comments: What do you think?!