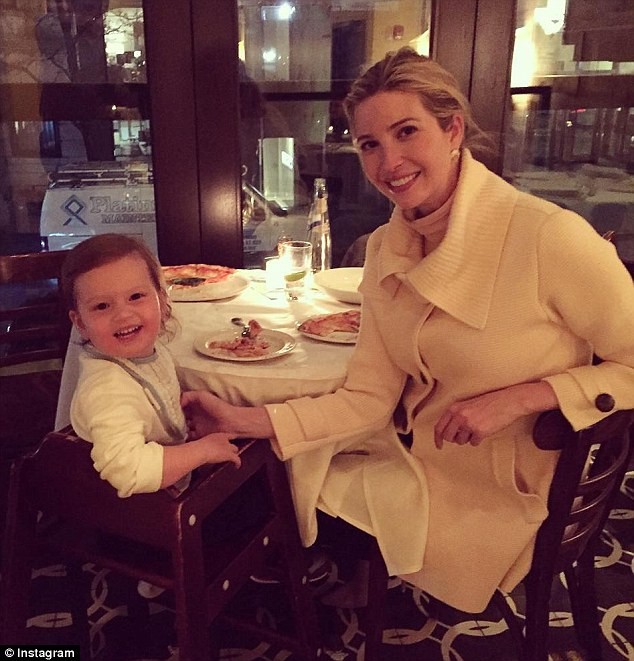 It’s been quite a week for the Trump family…

Returning to New York, Ivanka Trump had something to celebrate when she got all dolled up for her sister-in-law Lara Trump‘s baby shower on Saturday. For the soirée, Lara donned a mint-green trapeze dress by Oscar G. Lopez.

Lara is married to Eric Trump, the third child and second son of President Donald Trump. The couple announced in March that they were expecting their first child, a son.

The expectant mother proudly posted several photos on her Instagram account, as did some of the guests.

The event had several blue and yellow cakes and treats for guests, as well as many baby blue decorations.

President Trump did attend the afternoon event, as he is spending the weekend at the Trump National Golf Club in Bedminster, New Jersey.

This will be the former reality star’s ninth grandchild.

On March 20, Eric tweeted the baby announcement via Twitter, writing “@LaraLeaTrump & I are excited to announce that we are adding a boy to #TeamTrump in September. It’s been an amazing year. We are blessed!”

As of March, the couple hadn’t decided on a name for their baby boy, but they said they were working on it.

At the time, Eric told People, “We really loved the name Charlie, but we’d already named our dog that, so it’s out.” Lara added, “We sort of screwed ourselves over there.”

. “I was exhausted in the beginning,” she added. “It surprised me, because I’m a very active person, and until the fatigue hit, I didn’t believe it would actually happen to me.” She adds, “It really affected me. But I’m feeling really good now.”