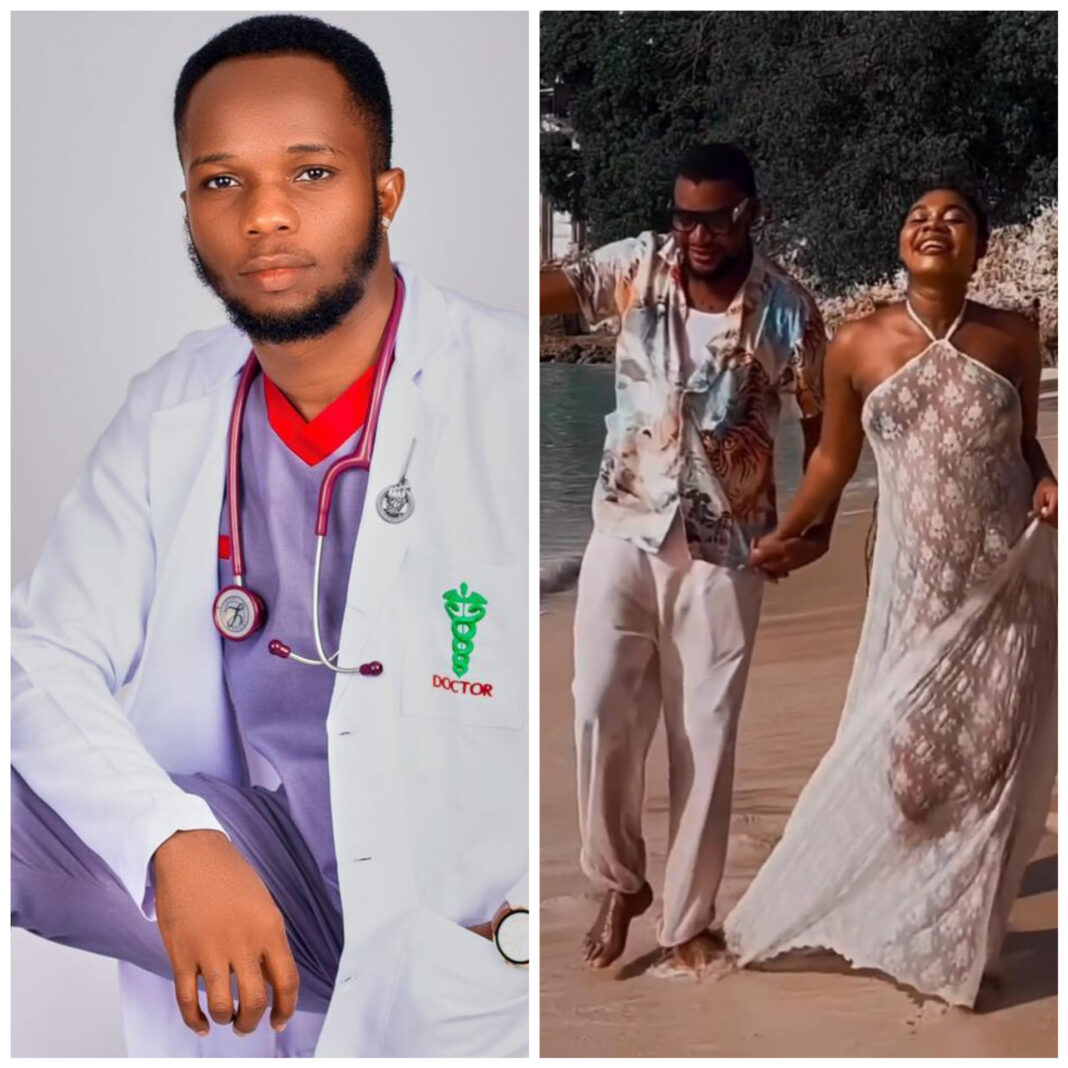 A Nigerian medical doctor, Penking has commended the husband of exotic dancer, Usiwo Orezimena Jane, popularly known as Janemena, for sticking with her despite cheating allegations.

The Instagram influencer had on Tuesday announced that she’s expecting her first child with her husband, Andre Plies.

The couple got married in December 2019 after dating for years.

While commending Andre for sticking with his wife despite allegations of infidelity on her part, the doctor, however, said he won’t do the same.

“Aww! Janemena is pregnant. Their relationship is so sweet. I salute her husband for sticking with her despite all evidence in the blogs about her cheating on him. Every woman deserves this kind of intentional man. He is a real man that really loves her. But can never be me,” he tweeted on Thursday, November 10.

It would be recalled that Nollywood actress, Tonto Dikeh, had claimed that her former boyfriend, Joseph Egbri aka Prince Kpokpogri, and the dancer were lovers.

The actress had published purported voice notes suggesting that Kpokpogri, had Janemena’s sex tapes and nude photos on his smartphone.

According to her, they were having sex even after her marriage.